We have a very quiet one the Pull List this week. We only have our Comic of the Week, Amazing Fantasy. But we do have four new comics to look out for On The Radar including the first issue of Human Target. This book is a breath of fresh air – it’s bonkers and fun and contains some really lovely art. It’s great to see Marvel still taking the odd risk by publishing a book like this. I think there is room in the market right now for more comics like this. The kid has been losing serious quarters to the arcade’s hot new fighting game. But when he finds the Silver Coin, he just can’t stop winning—no matter how bloody the game gets. In order to save Metropolis, Superman must surrender to Brainiac or watch his city burn to the ground! After being taken aboard Brainiac’s ship, Superman finds a shocking piece of his past that changes his entire future! Meanwhile, Lois Lane gets a cryptic message from a mysterious source claiming to have a way to save the Man of Steel! Christopher Chance has made a living out of being a human target-a man hired to disguise himself as his client to invite would-be assassins to attempt his murder. He’s had a remarkable career until his latest case protecting Lex Luthor when things go sideways. An assassination attempt Chance didn’t see coming leaves him vulnerable and left trying to solve his own murder…as he has 12 days to discover just who in the DCU hated Luthor enough to want him dead. Human Target is a hard-boiled, gritty story in the vein of classic detective noirs told by bestselling and critically acclaimed creators Tom King and Greg Smallwood! Orphan and the Five Beasts  #3

Written and Illustrated by James Stokoe

After an insane battle with the first of the Beasts, known as Thunderthighs, a brave warrior named Orphan Mo and her newfound mountain bandits move forward in their journey to take down the next boss.

Those fine folks at Time Bomb Comics have just launched their latest Kickstarter – Harker – The Black Hound Part One in which DCI Harker returns with another intriguing murder mystery. 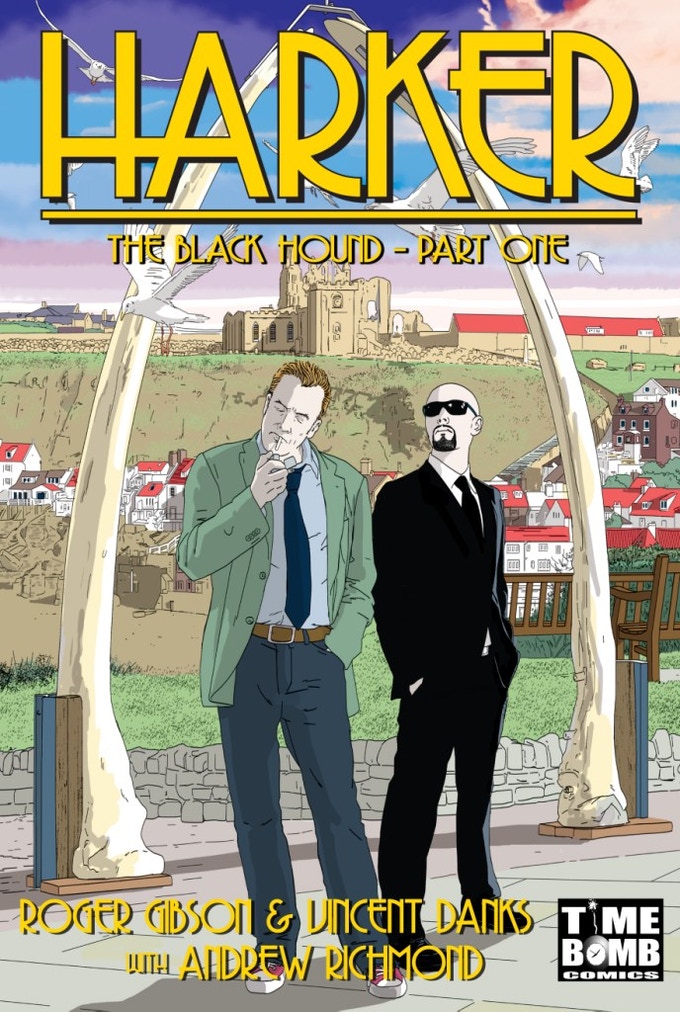 Harker: The Black Hound Part One is the third, full colour,  sixty-eight page perfect bound volume of this thrilling crime series – a  unique homage to classic tv detective shows, filled with humour, wit,  adventure and mystery. It’s also the beginning of a new Harker case, following The Book Of Solomon  two parter that was previously Kickstarted successfully,  and which is also  available through this latest campaign.

DCI Harker is enjoying a holiday in Whitby, and the last thing he wants is to be drawn into solving a murder. So when a famous novelist is killed right in front of him, he decides he’s a suspect and relaxes on the dodgems. DS Critchley, however, needs his help, especially when another body washes in with the tide. Who is the murderer, what does it have to do with this spooky old coastal town, and how does it involve the huge dog seen on the Moors?

Get ready for another classic Harker murder investigation, poking mild fun at old detective tropes and featuring gruesome horror at the seaside! Could Harker really be the murderer? He’s certainly grumpy enough… Roger Gibson and Vincent Danks with Andrew Richmond bring you the first half of another intriguing murder mystery, filled with death, danger and derring-do, with a healthy dose of arch humour!

You can back this campaign on the Harker: The Black Hound Part One page where you can pick up some great extras.