This week, there’s been a lot of small bits and pieces of news, but nothing major to speak of. So this will be a much shorter rapid-fire roundup to blast through it all.

Nintendo released an anime trailer for Pokémon Masters, a new mobile game that they mentioned last month in a press conference. This gacha game features trainers and gym leaders from across the series coming together for a major tournament. It’s out this summer sometime. Speaking of Pokémon mobile games, there are also hints that Team Rocket may be sneaking into Pokémon Go for some reason. I’ll only accept this if this means a talking Meowth, otherwise what’s the point?

The developers of PlayerUnknown’s Battlegrounds have announced a single player spin-off game. Glen Schofield, creator of Dead Space, is on board, so this may be one to watch. I’ve been wondering what he’s been up to since Visceral Games joined EA’s mass grave of developers, and now we know!

Sega announced SolSeraph, a 2D side scroller crossed with a city management title. It looks like a spiritual successor to ActRaiser, an old beloved SNES game, which has gotten a lot of fans excited. It’ll be out next month for everything. In the latest round of industry nonsense, NBA 2K19 players discovered the game now hosts unskippable adverts in loading screens. Of course, nobody wants this in a full price game. It’s the latest round of NBA2K games featuring excessive monetisation, but will this stop people from buying 2K20 next year?

Gears 5 won’t have loot boxes! Hurray! This shouldn’t be an announcement but we’re in 2019 and everything’s a mess so of course it’s important. There will still be paid customisation options and an ability to skip the grind with money. Oh there it is! I wondered when the catch was coming.

Google’s Phil Harrison has confirmed that Stadia isn’t quite the “Netflix of games” that it was being pushed as. You need to buy each game on the service separately, and all games are at full RRP. Not quite sure how this is good value, to be honest.

GAME has been bought out by Sports Direct for £52m, which sounds like the worst possible situation for gaming sales on the high street. I look forward to the oversized GAME mugs, though. God of War director Cory Barlog has admitted that the team had tough creative discussions with the latest title. The team thought Kratos was unlikable and considered dropping him to tell a new story in the world. While the finished game was excellent, it does make me wonder what that hypothetical game would have looked like. Perhaps a Hercules game where he works through his labours?

Finally, the Steam Summer Sale is now on, so this is your warning about potential temptation. Also, prepare for your inbox to be nothing but “An item on your Steam wishlist is on sale” for the next week. 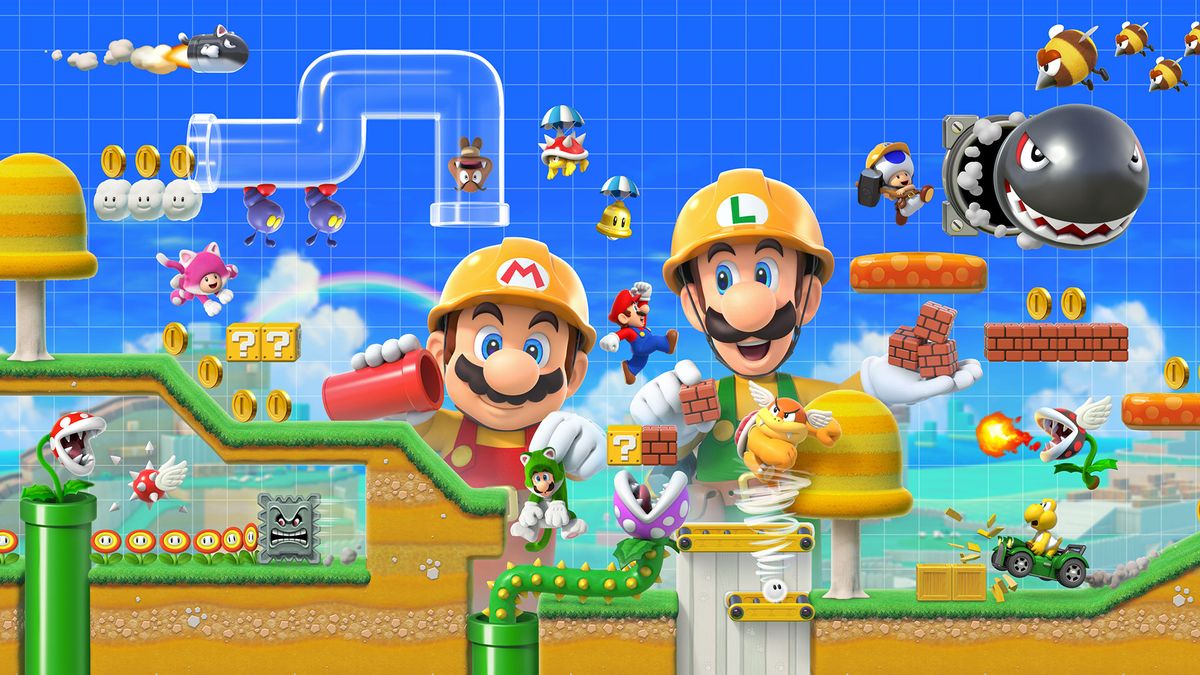 Let’s start the release section this week with the ports. Time-constrained adventure Minit is now on mobile platforms. 2D exploration and survival game Terraria is finally on the Switch. Both have been out a while (especially Terraria!) but may be worth checking out now if you missed them before.

Then there’s The Sinking City, a Lovecraftian horror adventure from Frogwares, the people who made the Sherlock Holmes games. Expect it to be weirdly clunky but still entertaining.

One new release that snuck up on me was the latest title in the Samurai Shodown series. It’s a reboot of the beloved SNK fighting game series, and came out for PS4 and Xbox One this week. PC and Switch releases are coming later in the year, but if you have either of these systems and like your classic 2D fighters, this might be worth a look.

Also this week is Super Mario Maker 2, the sequel to Nintendo’s Wii U level builder. I talked about this back when they revealed more details about it, but this looks like they’ve thrown everything into this sequel. New tools, new modes, a Super Mario 3D World style, and more! If you want to build your own Mario levels, this is worth picking up for the Switch.

I’m a huge fan of the Yakuza series, as I’ve expressed on here before, so naturally, the latest Game of the Week is Judgment. It’s not technically a Yakuza game, but it also totally is a Yakuza game. Only this time you’re a police detective and not a cool gangster man. It promises much of the same style of gameplay, only now there’s more crime investigation. I’ll have a first impressions up on my YouTube channel this weekend, but I’ll reserve my full judgement (heh) for a full review in the coming weeks.

And that’s it for another week. Sorry for the short one, but we’re still in the post-E3 comedown so news is limited right now.