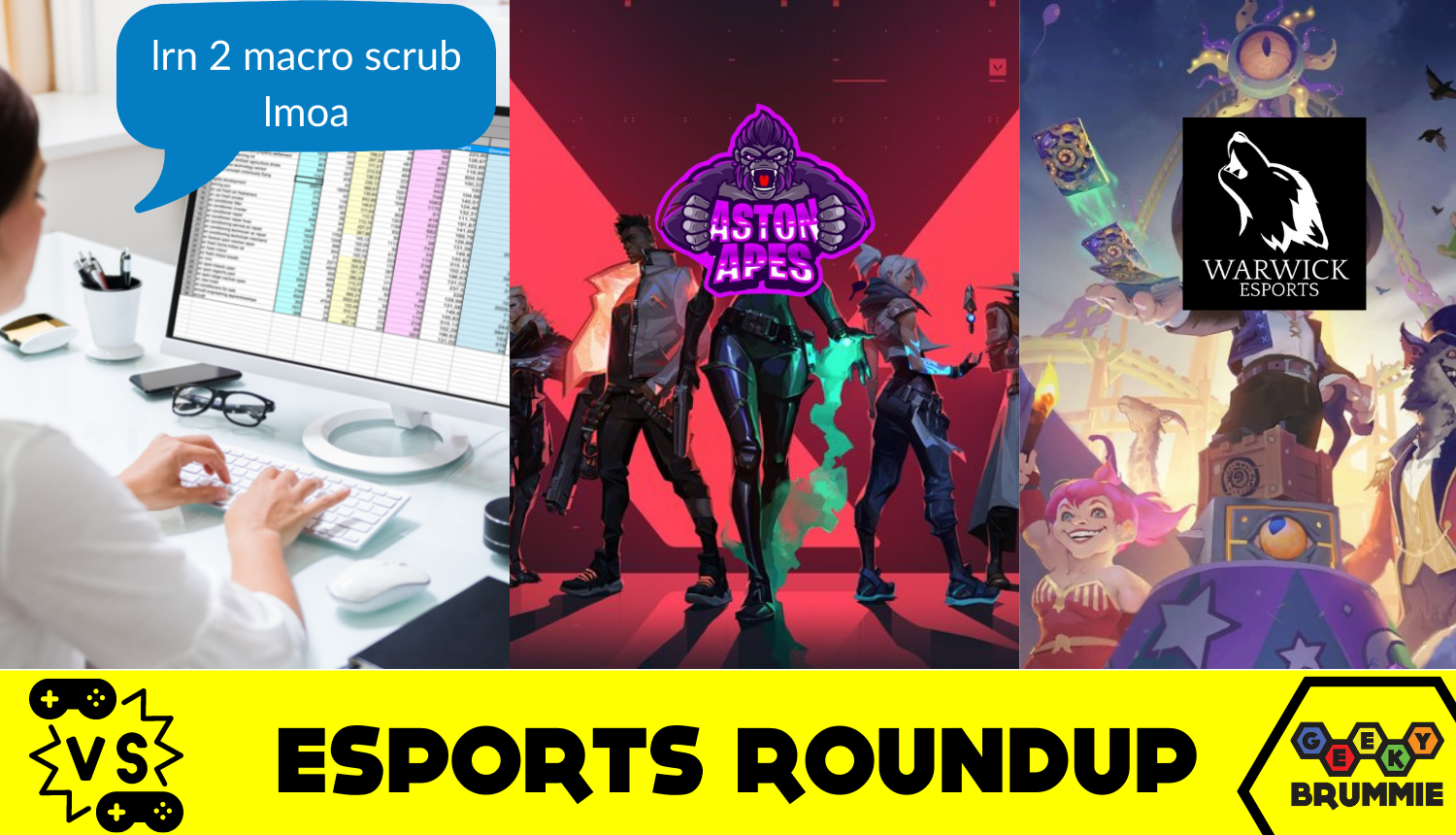 Exciting times ahead as Aston University announce that they will be hosting Birmingham’s largest student-led esports tournament without financial aid from a university.

Dubbed “VALORANT Aston Series 2021”, the competition will see students competiting for a prize of 5,000 VP (Valorant Points – currency which can be used to purcahse in-game cosmetics). The tournament will take place on Sunday 19th December and is open to Aston University students.

The tournament is set to be Birmingham’s largest student-hosted esports tournament without university-aid with over 60 students from the university participation.

It started out as an idea from a small group of people but quickly became a reality with big ambitions. One Aston Student commented: “I think it’s honestly incredible, the tournaments always offer a fun and fair way to compete with other students, and are a welcomed escape from work!”

Why the tournament is a big deal

In addition to being billed as the the largest student led esports competition in Birmingham, the tournament serves as an introduction to esports for Aston University students – some of whom have already shown an aptitude for professional gaming and wish to pursue this further.

Aston Apes also hope that this tournament may act as a podium for those wishing to display their skill and potential, while providing an equal opportunity for all Aston university students who wish to compete in a friendly but competitive environment.

Where to watch the tournament

The Aston tournament is going to be livestreamed on Twitch starting at 7pm on Sunday 19th December. It will be professionaly casted by Counterfeit and Hanno with hundreds are expected to tune in and watch. For regular updates follow Aston Apes on Twitter and Youtube.

Students and alumni from the University of Warwick have banded together to launch the UK University Hearthstone League (UKUHL).

The new university league was established in the wake of National Student Esports announcement that they would be dropping their regular leagues and cups for Hearthstone.

Joe Perrin, founder of UKUHL and Card Games Lead for Warwick Esports, said that he felt that University Hearthstone was too important and had developed the skills of too many students across the country to be let go.

In a press release by Warwick Esports, Perrin comments: “I had a chat with some friends, one of whom is Warwick Alumni and semi-pro Hearthstone player William ‘Judgement’ Thomas, and we agreed that we wanted to create a Hearthstone league. Starting an entire national league from scratch has been quite difficult, but thankfully we’ve had a lot of help along the way, through our collaboration with NSE and the integral support of Warwick Esports, University staff and the Esports Centre.”

What happened at the first UKUHL League?

Running as an NSE affiliate league, the first iteration of the league took place over two weekends. Firstly, a qualifying cup stage held online on 27th November. Then a live final for the top 8 teams on Saturday 4th of December, hosted in-person at the University of Warwick’s new Esports Centre.

The format of the league takes inspiration from the NSE’s previous team Hearthstone league with teams of players from each university competing against each-other for a chance at the prize pool.

This first league consisted of 15 teams comprising of 33 players from 12 different universities competing. After a hard fought qualifyer the top 8 teams were comprised from 6 universities including two teams from both Warwick and Cambridge. Players Carnage and Paradox from Staffordshire Uni emerged victorious closely followed by Warwick in second.

You can rewatch the tournament on Warwick Esports Twitch channel: twitch.tv/warwickesports

In a press release Warwick Uni said they were “blown away” by the passion and commitment shown by the group of students volunteering to make this event happen.

Jack Fenton, Head of Esports at the Uni commented: “This is exactly what I had in mind when we started building the facility and I’m so happy that students are putting their expertise to practice and building such a great portfolio for themselves and great experiences for so many others”

Solomon “Ainsley” Clarke, a student playing for one of Cambridge’s teams was experiencing mixed emotions when he discovered university esports. “I was excited when I learnt about inter-university Hearthstone, and then of course very disappointed when the official league was cancelled. But the disappointment didn’t last long – the speed and efficiency with which the league was organised and begun was very impressive.”

Similarly to our first story, it’s amazing to see the impact students and alumni are having on supporting grass-roots esports in the UK.

The Financial Modeling World Cup Happened (And it was Insane)

Yeah, so you took down 6 enemies in a clutch finish on Recharge in Halo Infinite – that’s cool, but have you ever produced a financial model from a 5-page problem in Excel in under 15 minutes? All I can say is “git gud scrub”.

The Financial Modeling World Cup took place this weekend, and it was wild. In the contest, competitors from around the world solve real-life financial case studies by building models entirely in Microsoft Excel. All for a prize of $10,000 – funded by Microsoft – and bragging rights as the most EXCELlent Excel wizard of them all (I’m not even sorry).

The FMWC consists of 128 participants from each region of the world — Africa, Asia/Pacific, Europe, North America and South/Latin America. The qualification round began on 13th November, moved through various stages in December, and finished up on Saturday.

Each round consists of case studies which are provided to the contestants at the time of the event. According to FMWC rules, each case study consists of a problem that’s between 1 and 5 pages long with a list of questions that the contestants need to solve. To move up in the game, each contestant needs to fully answer the questions as well as produce and submit financial models in a spereadsheep.

Players earn points which are used in a ranking system which make up the FMWC Leaderboard which is, of course, a spreadsheet.

The tournament concluded with the final two waging a war in a “Heroes of Might and Magic” type competition, where one fictional nation sent soldiers, knights and archers to conquer the other. The winner was Australia’s Andrew “NGOAT” Ngai who snatched victory from Canada’s Michael Jarman.

Why You Need to Watch It

It’s nerdy, but you don’t need to have any knowledge in Excel to enjoy it. The whole presentation of the tournament is akin to your traditional esports tournament crossed with a game show.

The sheer ingenius nature of the tournament, the problems posed in each round and the competitors and commentators is nothing short of spectacular. And the final victory note with the confetti falling over the screen was nothing short of adorable.

You can watch the replay below.