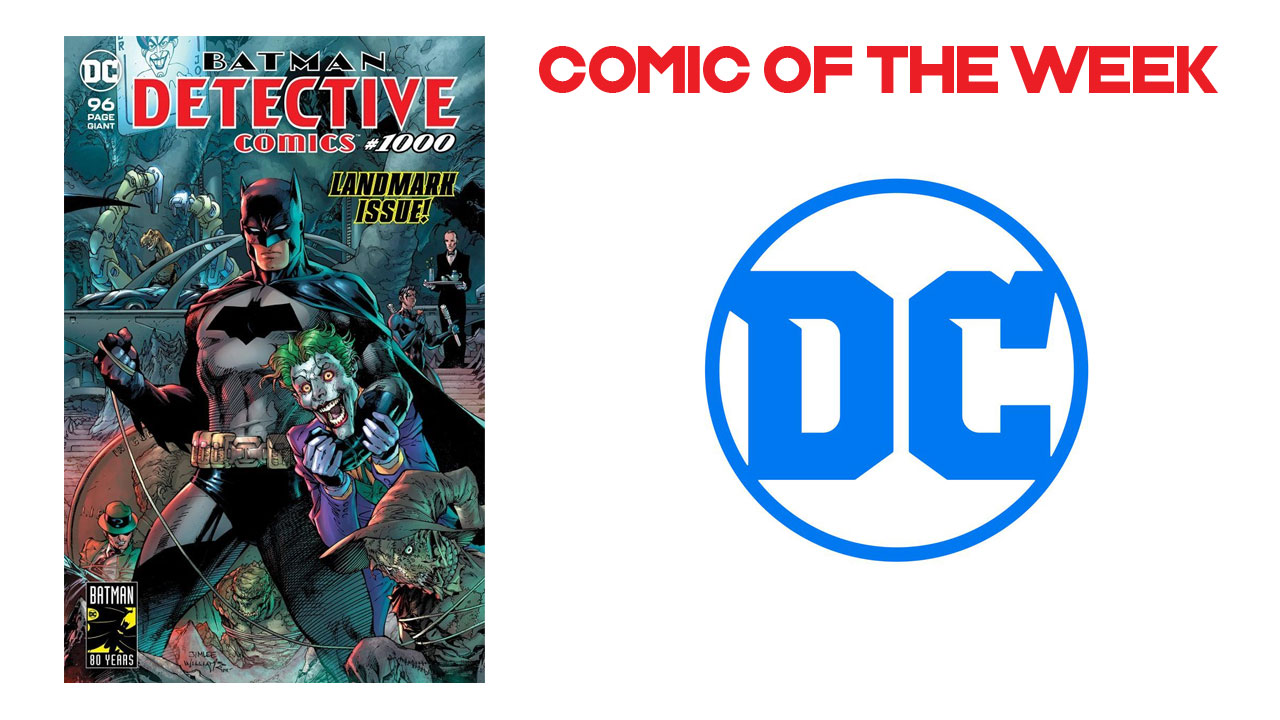 It’s a small but historic week this week, so head out to your local comic shop and grab yourself some comics. These are Geeky Brummie’s picks for the comics that will be available today from your local comic book store including Detective Comics 1000 and GLOW. Plus a round up of other regular comics you should be reading. It’s a giant size spectacular this week as Detective Comics reaches its 1000th issue. With Batman celebrating his 80th Anniversary this year DC have pulled out all the stops to make this issue something to remember. It’s a who’s who of comics legends contributing to this comic – many with a special relationship with the Dark Knight. This issue also has a spectacular number of variant covers and it’ll be quite the task to collect them all. With 96 pages of action this landmark issue is the perfect way for Bat-fans of all ages to celebrate.

“As part of DC’s year-long global celebration of Batman’s 80th anniversary, DC is publishing a momentous 1,000th issue of DETECTIVE COMICS—the series that introduced the world’s most popular Super Hero and the title from which the DC brand was born. This must-have collector’s item debuts March 27, 2019 and includes all-new stories plus a wraparound cover from the powerhouse art team of fan-favorite artist Jim Lee, inker Scott Williams and colorist Alex Sinclair.

DETECTIVE COMICS #1000 is highlighted by an original story from the team of writer Peter J. Tomasi and artist Doug Mahnke that not only launches a new story arc but introduces a new version of the Arkham Knight to DC comics canon. Tomasi is no stranger to this character, having written his video game origins in 2015’s BATMAN: ARKHAM KNIGHT – GENESIS miniseries.

DETECTIVE COMICS #1000 also features a two-page spread spotlighting the current state of the Batman universe by Jason Fabok, plus a treasure trove of original stories from a who’s who of comic writers and artists, all honoring the milestone anniversary of The World’s Greatest Detective.“ I was extremely excited with the announcement that Tini Howard was going to write a new Death’s Head comic over at Marvel. So it’s perfectly timed that she has a new book from IDW out this week so you can all find out just how good she is. A what a comic it is. You may have seen GLOW on Netflix and now it’s coming to comics. It’ll be fun to see how this translates but with Howard at the helm I’m confident it’ll be a knock out.

“When the unthinkable happens and the women of GLOW find themselves ahead of schedule, Sam ruins the promise of a wrestling-free weekend with… more wrestling! Robbed of blissful relaxation and forced to raise money to fund their way to the event, the GLOW team is less-than-prepared for their opponents: real gorgeous lady wrestlers. What could possibly go wrong?!“ Also out this week are new issues from comics I recommend you start picking up including Isola #7, William Gibson’s Alien 3 #5, Ice Cream Man #11 and Dial H For Hero #1.