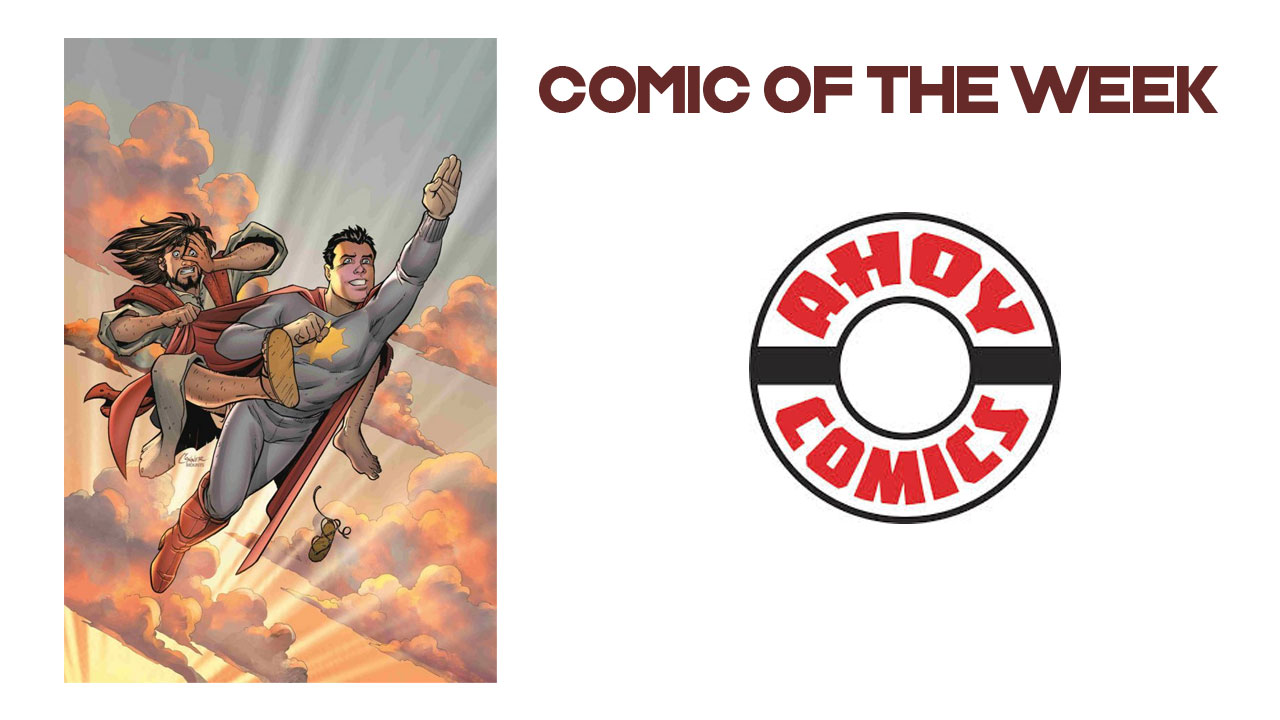 Time to pick up some new comics from Worlds Apart Birmingham (formerly Nostalgia & Comics). These are Geeky Brummie’s picks of the comics available today from your local comic book store including the second issues of Second Coming, Batman: Universe and Collapser. The first issue was great. Mark Russell continues to write some truly marvellous books. Please give this one try if you can I highly recommend it.

“The book everyone’s talking about! When a weirdo stalks and threatens Sunstar’s girlfriend, Jesus tries to prevent the superhero from succumbing to rage—but God has other plans. Continuing to collect the comics only distributed in US Walmart stores this second issue is a must for fans of the Dark Knight. Bendis is a great writer and Nick Derington has joined the ranks of the greatest Batman artists – his work here is superb. Add it to your read pile right now.

“Available to comics shops for the first time! The quest for the secret of the stolen Fabergé egg and its buyer continues as Batman teams up with Green Arrow against the Riddler, then travels to Gorilla City. But is the egg’s strange energy adversely affecting the Dark Knight’s mind? These stories were originally published in BATMAN GIANT #5 and 6.“ Oh DC’s Young Animal how I love your books. I don’t know how they do it but I loved the first issue of Collapser. Great story with great art. If you’ve not tried a Young Animal book yet then this is definitely one to pick up. This makes it 3 cracking second issues out this week and each one should not be missed

“Following the occupation of his chest by a sentient black hole, Liam James’ anxiety disorder is further exacerbated when he accidentally destroys Stonehenge, among other irreplaceable wonders of the world.“

Also out this week are some other comics I recommend you take a look at including Supergirl #33, Powers of X #2, Silver Surfer: Black #3, Outer Darkness #9 and Star Trek: Year Five #4.