We have a nice selection of great comics for you this week with in the Pull Lists and off. To begin with this week we have three great books on the Pull List including the latest issue of What’s The Furthest Place From Here from Image Comics. We also have four great comics to look out for On The Radar from Image, DC, DC Black Label and DC Horror Presents. In MEANWHILE… The Lakes International Comic Art Festival announces its first set of guests. 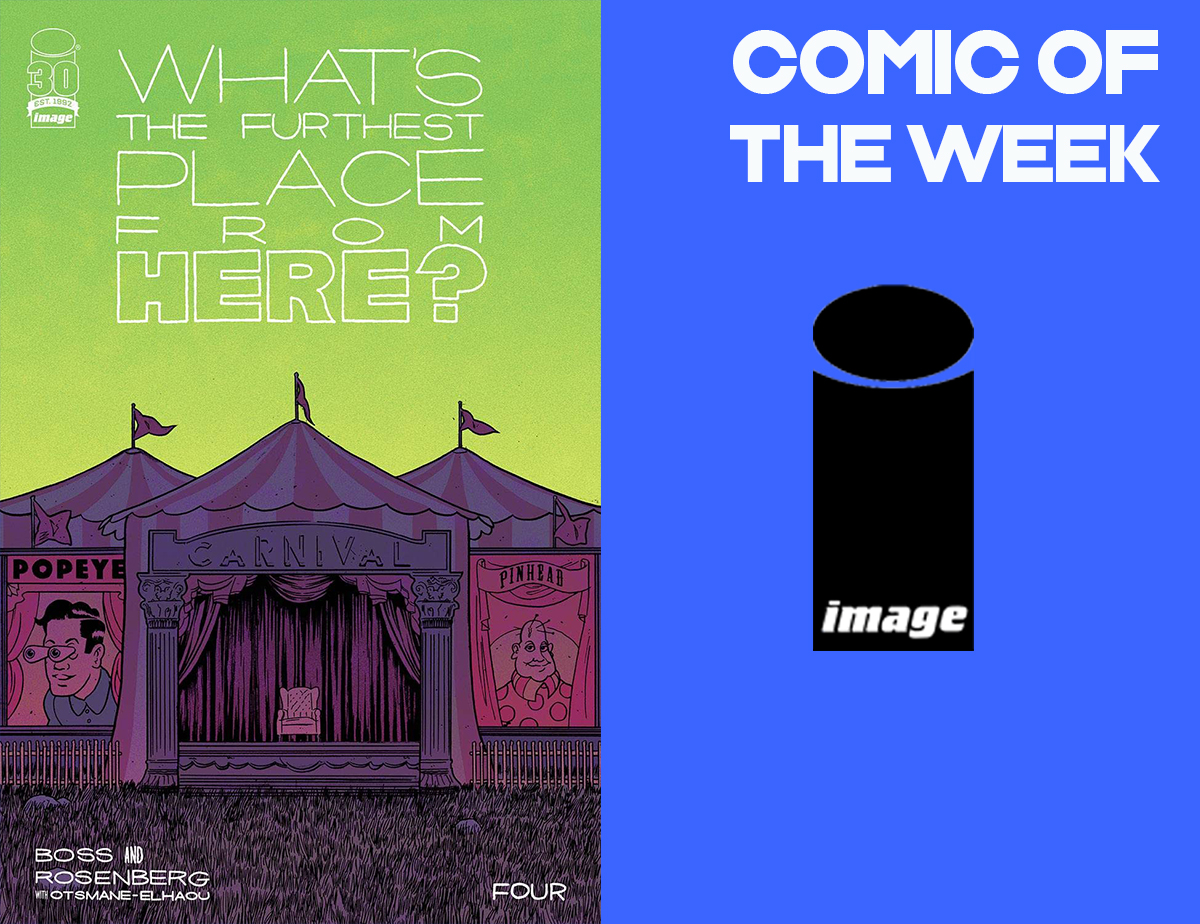 The Carnival has come to town and everyone is here! But the Academy has a dark secret, and if it gets out now, this may be the end of the journey. But wait…Is that Sid?

This series is delevoping nicely. The creative team is going a great job of building a beliveable world. The characters, their dialog and their interactions feel real and genuine. The central mystery is still a mystery, and that keeps me coming back as I want to know who the Strangers are and what do they want? Why are there only kids left or are they? Why do the kids have no idea what’s gone before them? All this and more means I’m here for the the long haul. When the horrors from the Deadside spill into the world of the living, Shadowman is going to need some back up……PUNK MAMBO returns!

I was worried that I’d feel differently about this book now Jon Davis-Hunt was no longer on interior art. I didn’t need to worry as Pedro has done a great job of keeping the visual look that had been established in the first arc. It’s hard to do a good horror comic but Shadowman is one that hits all the right notes. If you’ve not then a chance on this title I highly recommend you pick it up. It really feels like they are trying something different here. It can’t be easy for creators to manage a series that links so closely to half a dozen or more other titles. When Claremont was writing the X-Men he only had to worry about the one book. Even when New Mutants came along the X-universe was still pretty manageable. Now we have more books dealing with mutants than some publishers have whole lines. With another shake-up of the X-books on the horizon, it’s difficult to know how much impact this book will have in the long run. That said I’m enjoying this iteration of the team even if they won’t have time to grow and develop in any real meaningful way. Krem’s fate revealed! As Supergirl continues her battle against the Brigands, Ruthye squares off against this most vile villain in hopes of avenging her father and completing their mission. Will justice be served on both accounts? Or will our heroes fail? You won’t want to miss thrilling conclusion of the acclaimed miniseries that has changed Kara Zor-El for good! The South Bronx is on fire and a crooked cop can clear his debts if he helps it burn. But with each dirty deed, THE SILVER COIN gets hotter to handle. A new episode of the hit horror anthology from VITA AYALA, JOSHUA WILLIAMSON, RAM V, MATTHEW ROSENBERG, and MICHAEL WALSH is out this month. Batman vs Bigby! A Wolf In Gotham #6

The crossover event concludes here! Now that they know the true power in Bookworm’s possession, Batman and Bigby must race across Gotham to put an end to a plan that’s already plunged the city into flames. But when they arrive, it looks like Bookworm has somehow found the strength necessary to take on Batman…a fight he’ll have to manage on his own, as Bigby goes up against a surprising foe from Fabletown! The arrival of the Els by spaceship 19 years earlier was a pivotal moment for the kingdom, and a prophecy was born! But what were those early years like for the Els, and how did they come to be monarchs of the kingdom? And what catastrophic event triggered everything that was to follow?

The Lakes International Comic Art Festival this week announced the first guests for its weekend-long Festival, taking place this year between Friday 14th and Sunday 16th October 2022 in Bowness-on-Windermere – and reveal this year’s Festival promotional art, by Sean Phillips.