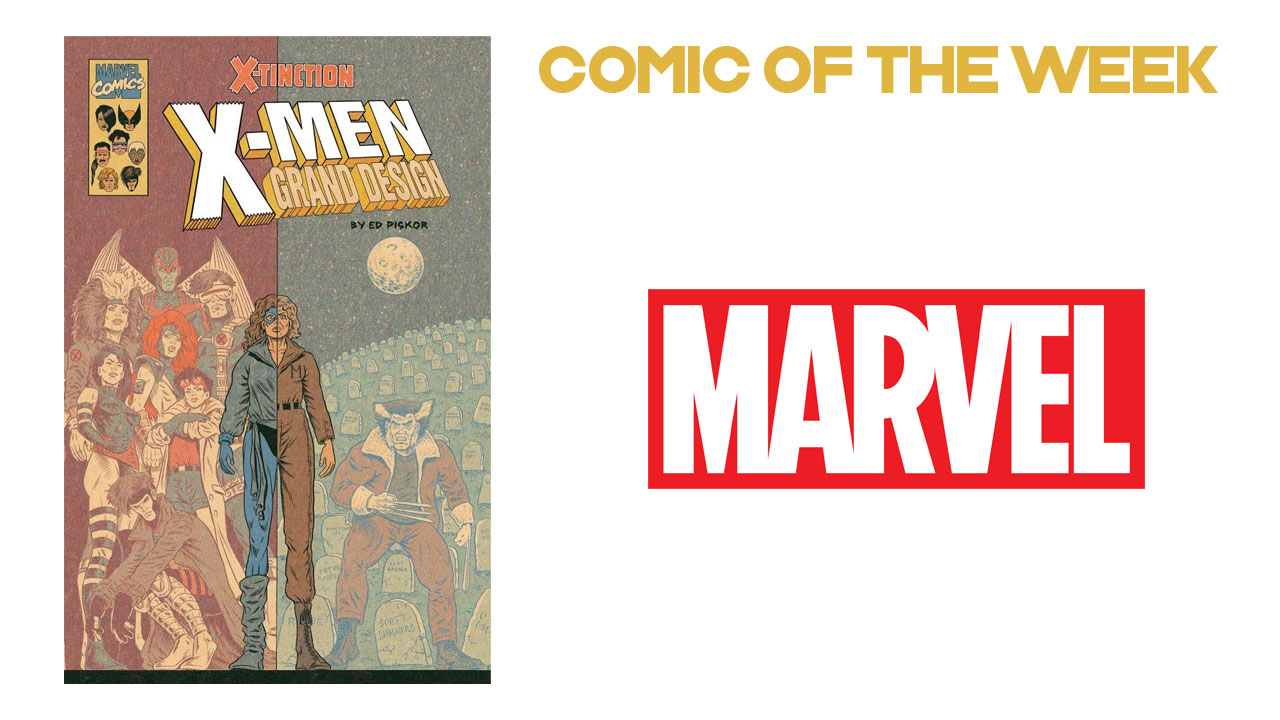 Now this is an X-Men comic! Ed Piskor has done a phenomenal job with this series. Whisking us through the very convoluted history of the X-Men. His art and attention to detail has been astounding. I’d love to see him bring this series up to the current day but this looks like this will be it. Do yourself a favour and pick up all of Ed’s Grand Design comics – they are testament to how comics should be done.

“It’s here…the final chapter of Marvel’s best-selling prestige series X-MEN: GRAND DESIGN! Out with the old and in with the blue and gold as the X-Men enter the radical ’90s! Revisit innumerous classic storylines like the return of Jean Grey! The trial of Magneto! X-Tinction Agenda!!! And many, many more! With appearances by Jubilee, Gambit and the Reavers! Brought to life by the multi-hyphenate master of graphic fiction himself, Ed Piskor!“ I was a bit slow picking this series up but I’m glad I’ve caught up. G. Willow Wilson and Christian Ward have put together a beautiful looking trippy/sci-fi comic filled with shadowy corporations, mysterious religions, and some very interesting characters. If you’re a fan of Saga the I think this comic will be right up your street.

“Suddenly, Vess is the Sundog’s unlikely new crewmember, and Grix is at the forefront of an unexpected battle-but their earth-shattering discovery won’t shake their faith or ferocity. They’re unquestionably in this together . . . but who will help them? And how much time is left before Vess and the Sundog are captured . . . or worse?“

Also out this week are some other comics I recommend you take a look at including Superman: Year One #1, Curse Words #22, Little Bird #4, Shuri #9 and Warlords of