It’s one of the most familiar moments in the original Resident Evil 2. You walk down a corridor and hear an ominous dripping noise. As you round the corner, there’s a headless corpse and a pool of blood.

You approach the blood, and a creature emerges on the roof above you. Sinewy, crawling along clawed hands and sporting a long, disgusting tongue, it drops down and confronts you. Everyone who’s played RE2 knows this moment. 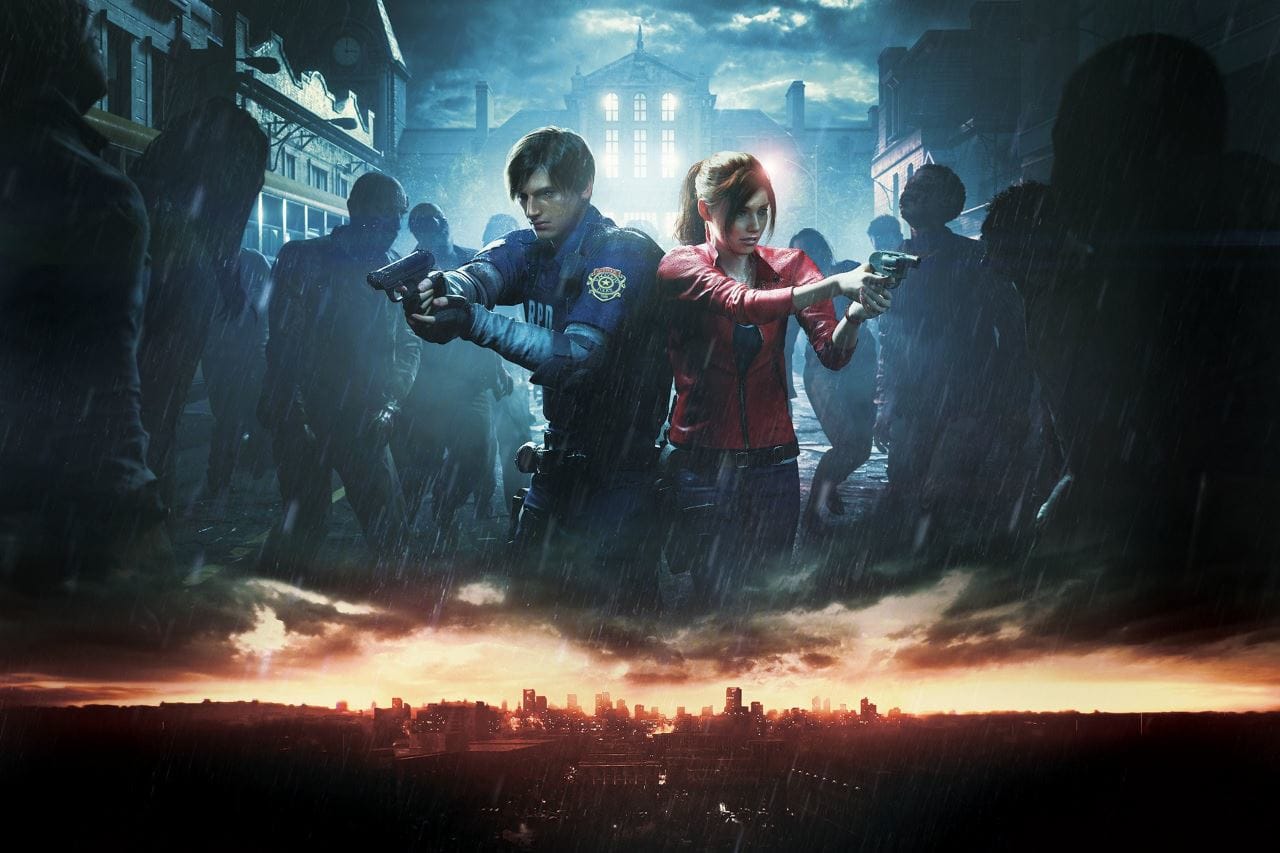 In the recent 30-minute demo of the upcoming remake, as you’d expect, there is a similar moment. Same corridor, same corner, same mutilated corpse. Only now, with graphical improvements, the corpse is even more horrifically mangled, the hallway is littered with destruction, and there are now huge claw marks stretching across the wall. You continue, and the blood is now accompanied by another corpse, hanging from the ceiling. You approach it slowly, expecting the Licker to make an appearance like it did 20 years ago.

And then it doesn’t. You continue through the hallway, unmolested. But the memory of the original encounter lingers. The continued presence of claw marks as you move down the hallway messes with you. The Licker is here, just like 20 years ago, but now, you don’t know when it’ll make its appearance. And it’s just one of the many tricks that the remake pulls to keep it faithful, while keeping veteran players on their toes. 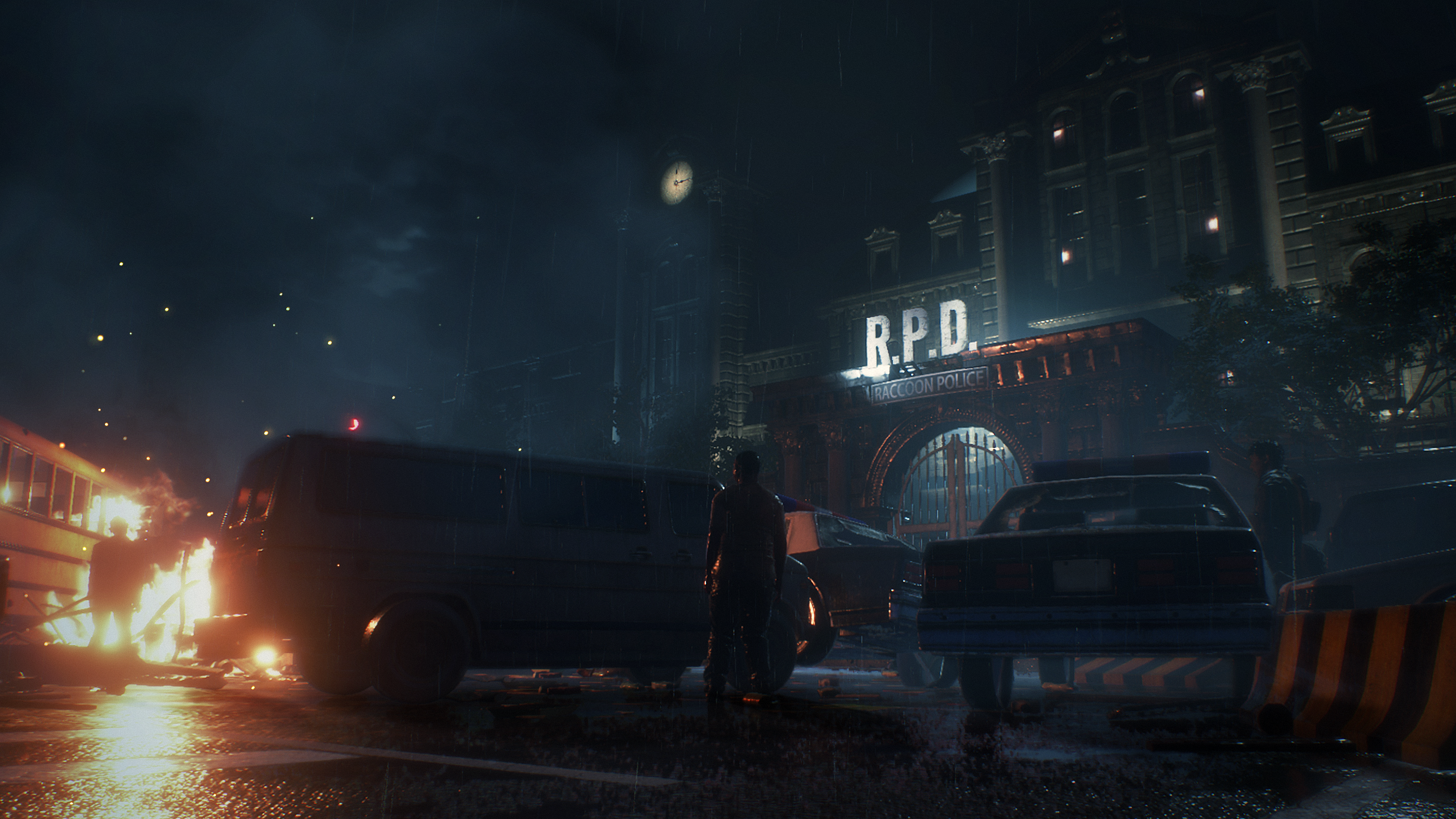 This impression of “the same but different” continued I played through the demo. The police station reception felt instantly familiar, yet little things had changed. There were now stairs to a balcony that weren’t in the original. The computer behind reception is still there, but it provides a clue instead of opens doors. You can’t access the office where you meet Marvin Branagh immediately. When you do meet Branagh, much later, the meeting plays out differently. You can see the route to the Licker encounter on the other side of a locked gate that wasn’t present in the original. And so on.

This works to the game’s benefit. While everything felt like a faithful recreation of the original, exploring the police station in an entirely different order with new events, an altered route and unexpected twists made the experience feel fresh and exciting. By working from, but not sticking to, the original game’s template, the remake is able to evoke some of the same feelings of mystery and trepidation that the original did back on the PS1. 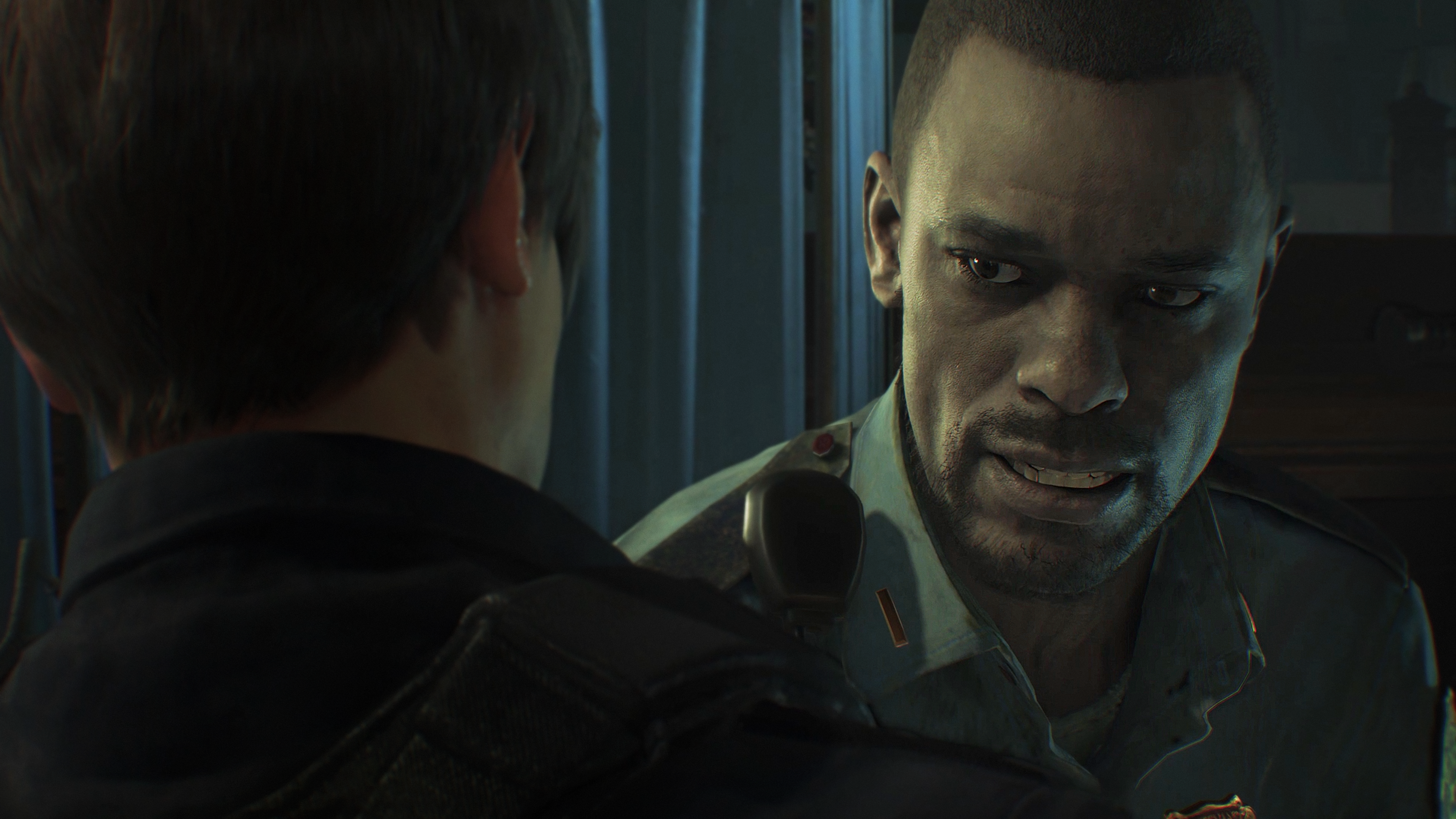 Graphically, the police station is a huge improvement on the original. The reception area feels more lived in, and shows more signs of the chaos that broke out with the zombie onslaught. The dark, cluttered hallways and dishevelled offices tell a story. And the expert use of lighting makes the experience much more claustrophobic. At one point I was wary of walking down a hallway due to subtle light shifts and some distant banging noises. There is so much care put into this; Capcom have used the RE7 engine to the best of its abilities here. 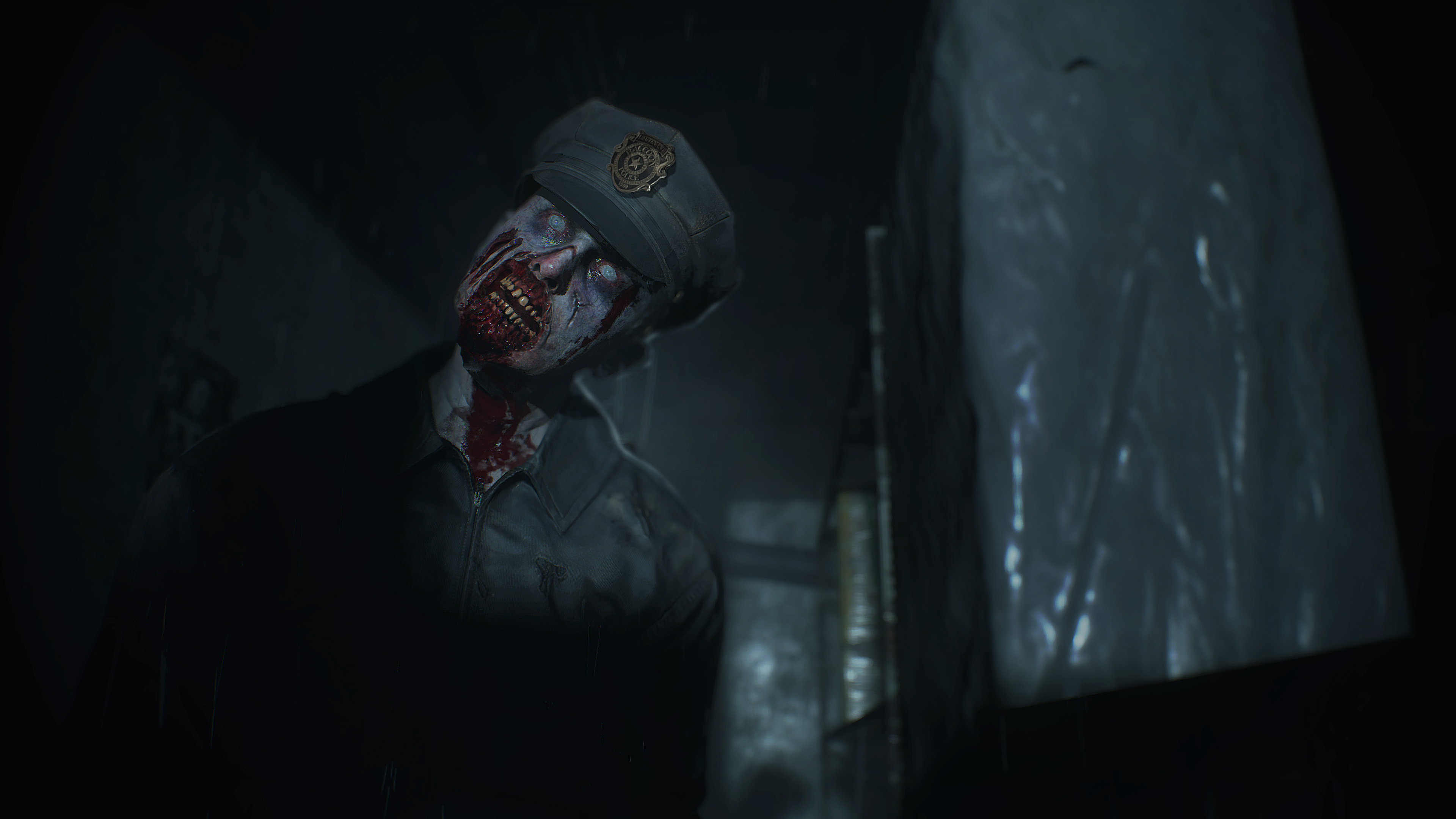 There are some more significant changes here too. The game uses an over-the-shoulder perspective similar to RE4, and feels more action-oriented. Handgun bullets seemed a lot more abundant, and zombies are prone to following you between rooms, as loading screens aren’t blockades now. It’ll be interesting to see how this plays out over the whole game, however. This could be handled badly if ammo and healing items are either too abundant or not abundant enough. 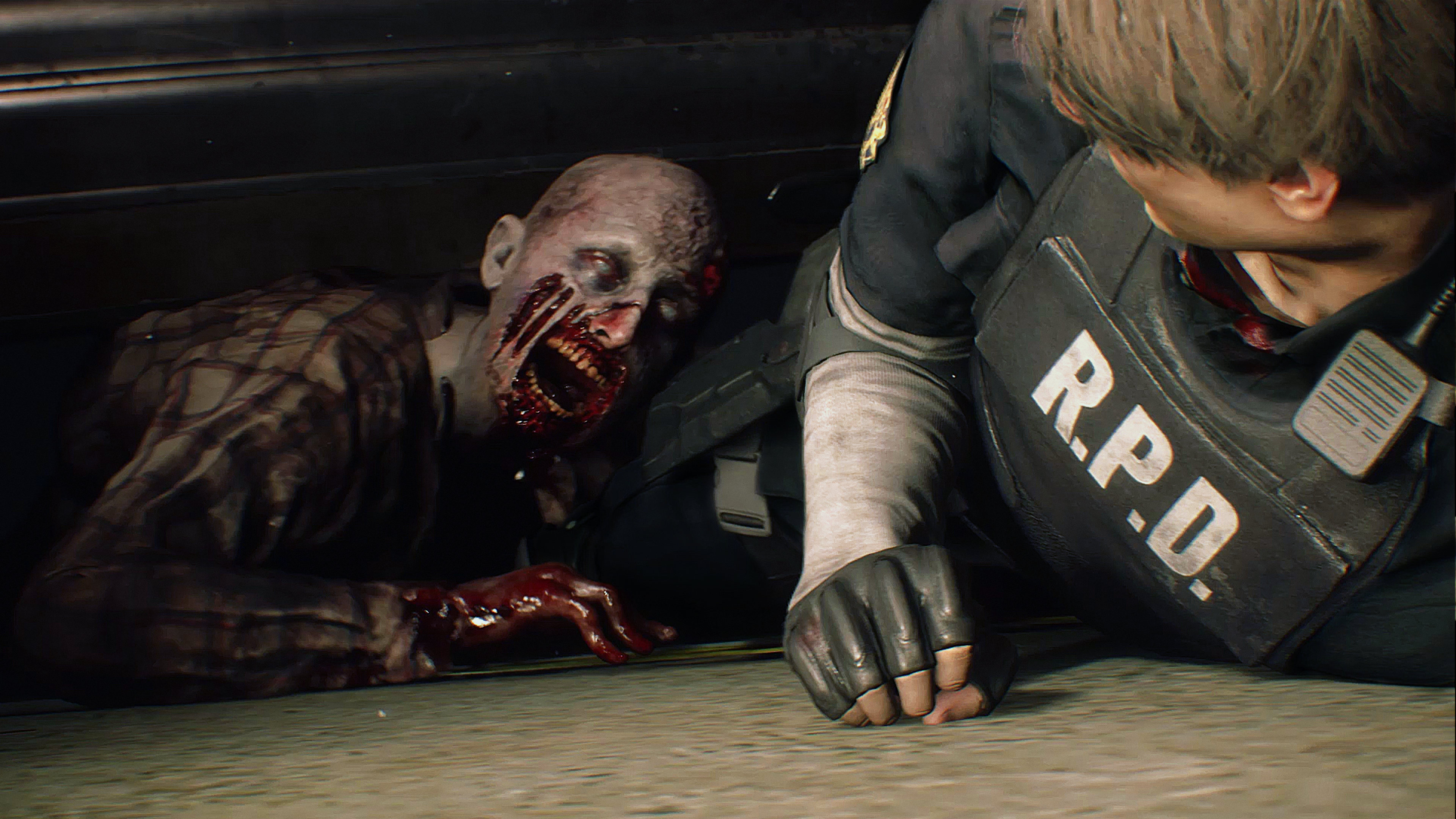 So far, this remake feels like a celebration of the Resident Evil series, not just the game it’s revisiting. It brings together RE2’s exploration with RE4’s action-led gameplay, wrapped in the presentation of RE7 – all games considered to be the high points of the series. I was only vaguely interested in playing the full game before playing the demo; now I’m excited.

Honestly, thirty minutes isn’t nearly long enough to unwrap what this game has to offer. I tend to move slowly through RE games, methodically exploring and keeping an eye out for threats. But this led to the demo cutting off at the exact moment I was hooked. Ultimately, this is shaping up to not just be a faithful recreation of a classic, but a brilliant game on its own merits.