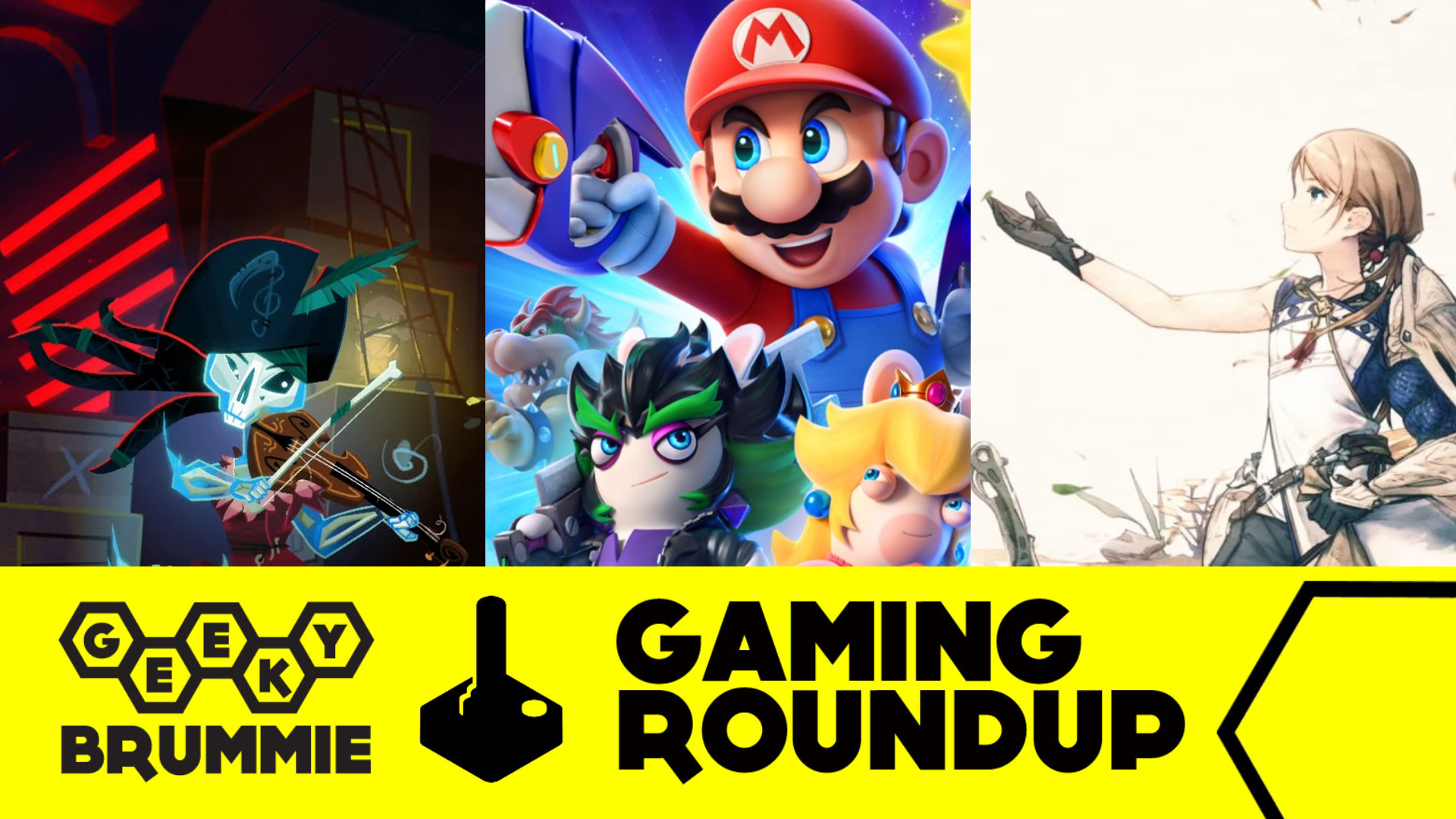 Nintendo held a Partner Showcase this week, which is a Direct that focuses on third-party titles. (link)

The show kicked off with the latest details of Monster Hunter Rise’s latest expansion, out this week, called Sunbreak, providing the latest info on the new beasties and items coming to the game. Capcom also revealed the Mega Man Battle Network Legacy Collection will be releasing sometime next year, bringing the entire series of turn-based RPG games to modern systems.

Square Enix were quite prominent through the whole presentation, as they’re revealed they’re bringing Nier Automata natively to the Switch, they showed a little more on the soon-to-be-released Live a Live remake, revealed the release date for Dragon Quest Treasures and revealed a new RPG – Harvestella. It’s basically Stardew Valley with more Square Enix crystal nonsense thrown in.

Elsewhere, Bandai Namco revealed a remake of Pac-Man World and another Doraemon spin-off of the Story of Seasons games. Sega showed off a little more of Sonic Frontiers, mostly around the cyber space levels hidden around the open world, and announced that the Persona series, recently revealed for PC and Xbox, will also be coming to Switch.

Konami announced a sequel to Super Bomberman R, Ubisoft showed off more of the new Mario & Rabbids game after accidentally revealing its release date earlier than planned on the day, and even Microsoft showed up to confirm that the recently announced Minecraft Legends was getting a Switch release. Speaking of Mario & Rabbids, it’s also been revealed that a dream team of composers have been assembled for it (link), with former Rare composer Grant Kirkhope returning from the first game, and now joined by Yoko Shimomura (Kingdom Hearts) and Gareth Coker (Ori). It’s an astounding combo, it’s just a shame the game is coming from Ubisoft, who are currently in shambles thanks to their decision to protect sexual predators for years.

Indies got a good focus too. Previous Game of the Week RPG Time is getting a Switch release, which might hopefully get it more attention after its initial Microsoft Store exclusive release failed to garner much interest. Lorelei and the Laser Eyes is a new mysterious title from Annapurna Interactive, and Blanc is a cute little game about a puppy and a fawn who are friends.

And finally, there was a fresh new trailer for Return to Monkey Island, which looks great, although some fans are disappointed by the art direction to the point of sending creator Ron Gilbert hate mail (link). Those people never played Tearaway or Knights and Bikes and it shows because it’s a great art direction.

Every time someone fretted about the future of gaming being a sea of live services full of predatory microtransactions, I’ve always been quick to point out that in 2020, there was a constant stream of live service releases, and roughly three of them survived. You almost certainly know Fall Guys, Call of Duty: Warzone or Valorant, but do you remember Hyper Scape? The Culling 2? Crucible? No?

As an indication of how well these other live service games did, Spellbreak, another one you don’t remember, is shutting down. A battle royale with wizards, it seemingly failed to reach much of an audience, and now the game is winding down support. (link)

In addition, the developer Proletariat is being acquired by Blizzard so the 100-person team will be put to work on the latest World of Warcraft expansion. So that’s death for that studio then, if the fate of Vicarious Visions is anything to go by. Sad days.

Three compilations released in the last couple of weeks. Sonic Origins (PC, PlayStation, Switch, Xbox) is a collection of the Mega Drive Sonic titles, along with the Mega CD’s Sonic CD, along with a bunch of new animated cutscenes and challenges, all packaged together by the Sonic Mania team. Capcom Fighting Collection (PC, PS4, Switch, Xbox One) is a collection of fighting and fighting-adjacent games released by Capcom in the 90s, including the entire Darkstalkers series, Super Puzzle Fighter II Turbo, Cyberbots, Red Earth and Hyper Street Fighter II: The Anniversary Edition. And finally, Portal Companion Collection is a Switch release of both Portal games, casually revealed during the Partner Showcase.

In smaller releases, Alaloth: Champions of The Four Kingdoms (PC) is a deep, complex old school RPG full of big fights and dark, moody environments and Ground Divers (Switch) is a cutesy roguelike Mr Driller clone with a rabbit mech.

MX vs ATV Legends (PC, PlayStation, Xbox) is the latest in the crossover racing game as motorcross bikes, quad bikes and UTVs race in a series of championships. Basically, expect a lot of bold, brash off-road racing.

DNF Duel (PC, PlayStation) is the latest anime fighter from Arc System Works, who’ve practically perfected the genre at this point. Based on Dungeon Fighter Online, the kind of Korean MMO that we’ve barely heard of in the West but turns out is one of the biggest games on the planet, this pits the cast against each other in exactly the kind of fighting game you expect from ASW at this point.

Fire Emblem Warriors: Three Hopes (Switch) is the latest example of Dynasty Warriors developers Omega Force taking their hack and slash formula and slapping onto another company’s property. This time they’ve returned to Fire Emblem with a hack and slash spin-off to the most recent main game Three Houses.

Game of the Week this week is Little Noah: Scion of Paradise (PC, PS4, Switch) which was revealed in the Nintendo Partner Showcase.

You play as the titular Noah, a young alchemical prodigy, who finds herself stranded in some mysterious floating ruins when her airship crashes. The game then see you battling through dungeons in search of ship parts, aided by cute allies called Lilliputs.

Not normally one for roguelites, but this one stood out with its cute anime aesthetic, and it has a talking cat, and that’s always a plus too. It also looks a lot of fun too, with combos and ally teamups galore.

And that’s all for now! See you again next week for more video game news and releases!