Hello and welcome to another Gaming Roundup from Geeky Brummie!

In what’s becoming a sad theme, Riot are the latest developers to face reports of poor workplace conditions. However, this is the latest part of the ongoing saga within the League of Legends offices.

Over the past few months, five employees have raised concerns around sexism gender discrimination within Riot, with two even filing lawsuits against the company. A couple of weeks ago, Riot attempted to force the lawsuits into private arbitration. Effectively this would force the case behind closed doors with no jury or judicial oversight, and quite possibly result in the women being silenced.

This hasn’t gone down with employees at Riot, who are currently threatening a mass walkout over the news. Demands from employees are that the cases should proceed to trial as intended, and arbitration should be dropped. It comes after weeks of distrust where employees have claimed Riot executives have said they’ll improve and then failed to follow up with action, including the lack of action taken against individuals named within the lawsuits. One of these individuals is the company’s COO, who remains in his position.

Riot have responded by saying they respect their employees’ views, but they have not yet said they’ll drop the arbitration. Walkouts are being threatened for Monday if nothing changes, so we shall see what happens.

Continuing their increased dominance in the PC gaming space, Epic Games have now purchased Psyonix, the creators of vehicular football game Rocket League. What this means is that anything involving Rocket League will now be releasing through Epic, which of course means there are now concerns that Rocket League will be removed from Steam and sold exclusively on the Epic Store.

Epic themselves haven’t helped this speculation. While they have put out multiple statements clarifying that they won’t be removing the game from Steam, they’re not entirely clear. They have clarified they have no announced plans to remove the game, but this statement could easily mean they just haven’t announced it yet, not that they won’t. Similarly, many of their statements have referring to vague “future plans” or clarify that the game is currently on Steam, which no one is questioning.

If Epic go down this route, it does raise concerns about their plans within the PC market. They seem to be just throwing Fortnite money around at an alarming rate to undermine Steam rather than try and directly compete against them. They’ve already been securing a ridiculous number of exclusives, and have already removed Metro Exodus from Steam after pre-orders went up. If Rocket League goes the same way, they’ve now moved onto removing games entirely from another store, removing a choice that consumers previously had. And that’s not a great situation for players.

Earthworm Jim was a bizarre little 2D platformer back on the Mega Drive and SNES, about a worm in a super suit that saves the universe. He battled lawyers in Hell, uh…”Heck”, and launched a cow from a junkyard, before flying through space to banjo music. It was a weird game that’s also one of my all-time favourites.

So imagine my joy to hear that a new Earthworm Jim, made by the original team, is on its way. Because it is on its way, and that’s excellent news indeed.

Now imagine my utter confusion when it turned out that it’s going to be an exclusive for…a new Intellivision system? According to my calendar, it’s still 2019 and we haven’t fallen into a time portal to the 1980s, so the idea of a new Intellivision console makes about as much sense as an earthworm riding a giant hamster through a series of underwater tunnels.

The Intellivision Amico is apparently a budget retro-themed system focused on remakes and sequels to classic nostalgic games, hence the EWJ connection. This connection is strengthened further when one of the people behind the Amico is Tommy Tallarico, legendary composer who worked on the original Earthworm Jim.

It’s an odd decision, and it’s very unlikely the Amico is going to be a huge hit (it reminds me of the Ouya a little) but I look forward to a new Earthworm Jim game coming to conventional systems in 2021. 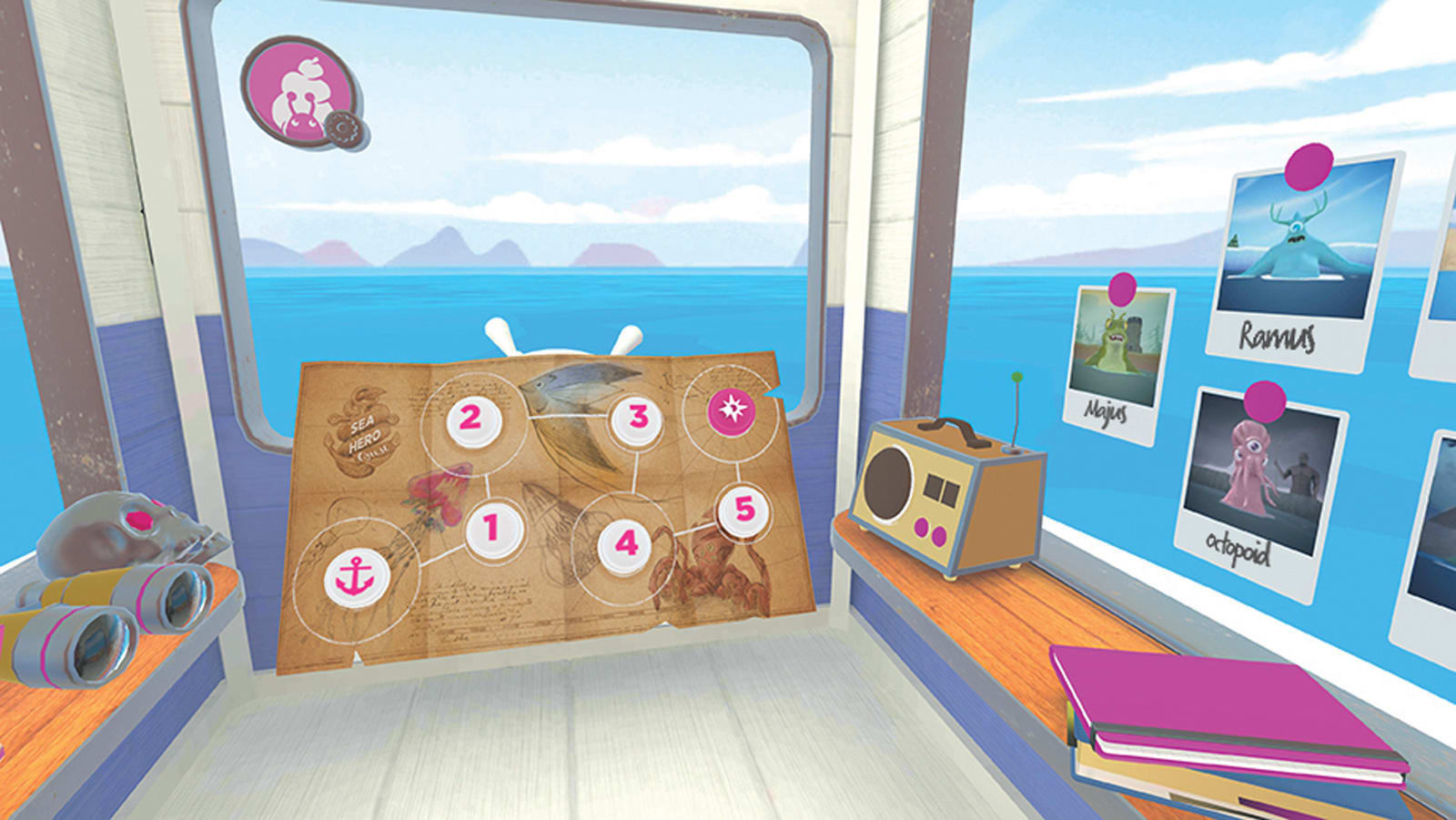 Anyway, enough cynicism. Here’s something about video games being used for good.

Sea Hero Quest is a VR game in which you help to navigate a boat through the ocean. You’re shown a map, and various checkpoints, and then you work out the best route through these checkpoints without the use of the map.

It was developed by Deutsche Telekom, the game studio Glitchers, and supported by various European universities. Its purpose? To study Alzheimer’s. The game replicates tests on spatial memory, and it does it better than traditional lab methods at present. Two minutes of game time is equivalent to five hours of lab research and based on the number of people who’ve played the game since its release, researchers have amassed the equivalent of 1,700 years of data.

Researchers are hoping to use this data to better identify Alzheimer’s sufferers sooner in life, before the worse symptoms kick in. By identifying how players cope with the spatial memory and navigation required by the game, they can see who struggles and is more a potential risk of the disease.

This is fantastic news, and reminds me of Foldit, another scientific research game about protein folding that has generated tons of scientific research, including the crystal structure of a virus similar to HIV. I love seeing the interactive nature of games used to better our world like this, and I want to see more of it!

This week sees the release of Final Fantasy XII: The Zodiac Age on Switch and Xbox One. It’s the updated version of FF12 previously seen on other systems, but with a few tweaks to enhance the experience. It’s not one of my favourite Final Fantasy games (this was the point where I stopped caring, in fact), but it’s got some charms (his name is Balthier).

Next up is Close to the Sun, which snuck up on me as I’d never heard of it before this week. It looks like Amnesia if it was set in the Bioshock universe, although it’s entirely unconnected to those franchises. It’s a horror game set on a research ship in international waters during the Victorian era. Nikola Tesla’s in it (of course he is). And something’s gone horribly wrong, and it’s up to you to find out what. It looks really interesting!

But my Game of the Week this week is a small release, but I played a bit of it at an old EGX show and feel it’s worth some attention. It’s Astrologaster, available on iOS this week, with a Steam release next week. It’s all about Elizabethan astrologer Simon Forman as he solves the troubles of his patients using the placement of the stars. It’s all played for laughs, offering up a fun story-driven experience. I had a lot of fun with it back at EGX, so the full game should be a good time too.

And that’s it for this week! I’ll see you back here with more news and releases in a week, but until then, follow me on YouTube and Twitter, and we’ll have more gaming-related fun on this week’s podcast tomorrow as we continue our coverage of Insomnia Gaming Festival! See you then!

Your privacy is important to us. It is Geeky Brummie's policy to respect your privacy regarding any information we may collect from you across our website, https://geekybrummie.com, and other sites we own and operate.