This week, we talk musician compensation, Asian politics and spooks. Yes, this is still about video games.

Ubisoft have announced a collaboration programme for composers, offering to have their music featured in the upcoming Watch Dogs: Legion. You see, Legion has you playing as a community of hackers, so they want 10 tracks embracing the idea of community through collective collaboration on HitRecord.

HitRecord is a site owned by actor Joseph Gordon-Levitt. Users can submit ideas towards a project to help build a final track. So if you’re a singer, you can hum a vocal melody while someone else could submit a drum track they’ve played or programmed. Ubisoft have 10 concepts on the site for musicians to contribute to, with working titles like “Fast Punk Song for the Revolution” or “Anti-Establishment Uptempo Hip-Hop Song”. Payment is promised, with $2000 promised for each song, split between contributors.

Of course, this has raised some concerns. Due to this work being featured in a major AAA title likely to bring in a lot of money, the $2,000 per track isn’t a lot of money in context. What’s more, this is split between all contributors, and at the moment you have no idea how many people’s contributions will end up on the final piece. So if 10 people end up contributing to a track, that enticing $2000 becomes a less exciting $200.

Because of this, it’s raising questions about Ubisoft exploiting less-experienced musicians, and avoiding paying going rates. There are also rights issues with HitRecord, where contributors have no rights to the final composition; instead, all rights belong to HitRecord.

Ubisoft have defended their decision by saying it’s voluntary, but this isn’t much of a defence. There is an argument that this is a way to build up the profile of smaller musicians or hobbyists, especially as their final work will be rubbing shoulders with work by Ubisoft’s professional sound team. But this does scream “work for exposure” to a lot of freelancers, which doesn’t help.

We’ll understand the full situation once the tracks are made and the game is out. 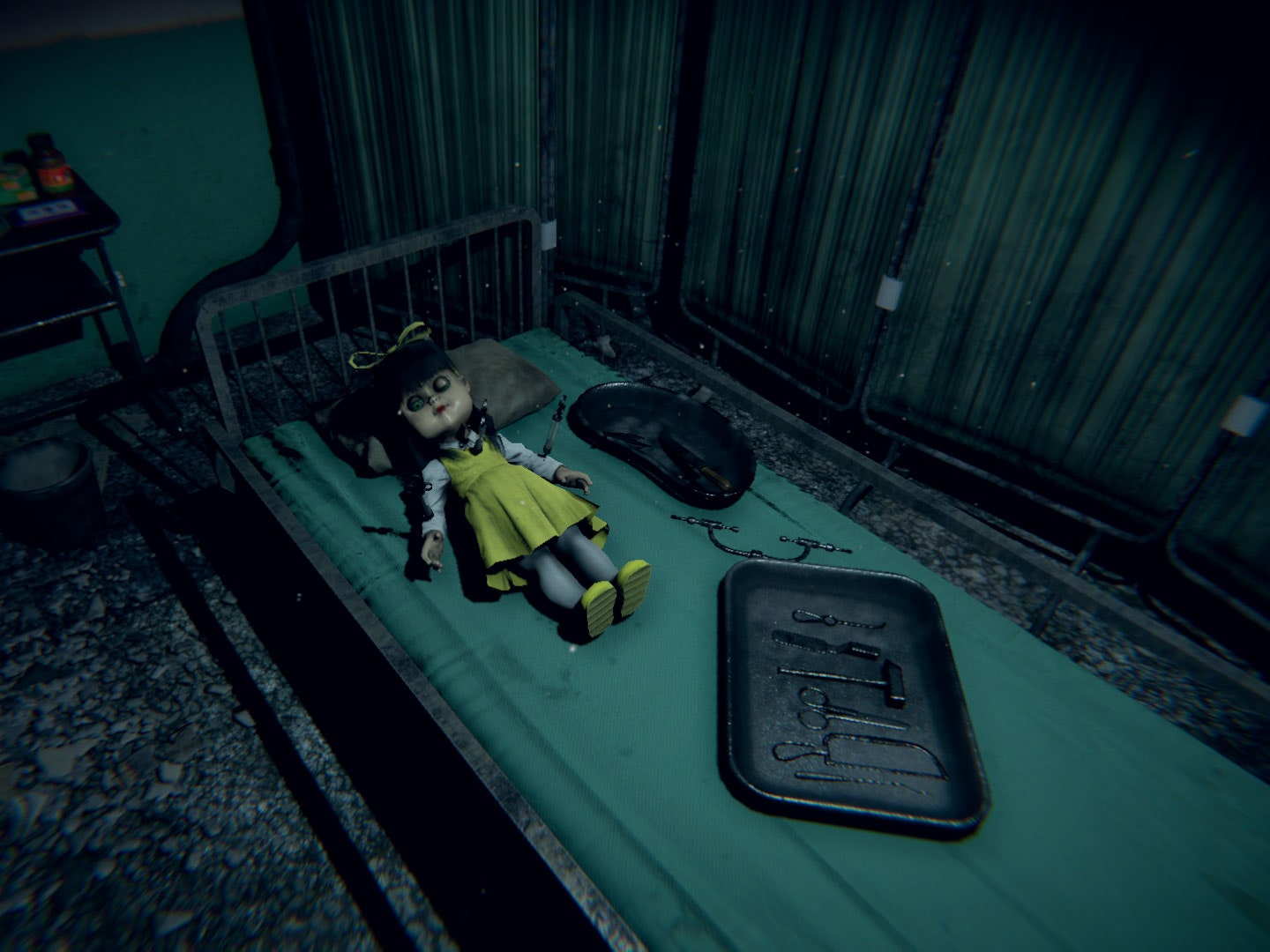 Taiwanese developer, Red Thread Games, have been involved in a precarious situation for a while now, and an apology they issued this week was the latest episode in the saga.

Red Thread are known for their horror games – Detention, released back in 2017, and Devotion, released earlier this year. Devotion is no longer on sale at the time of writing, as it was removed from Steam after only a few weeks. And the reason was assets in the game directly comparing Chinese president Xi Jinping to Winnie the Pooh and calling him a “moron”. This is in reference to a meme comparing the President to the Disney character in a less than flattering way, that’s already seen a crackdown in China. The art in the game was supposed to be a placeholder but wasn’t removed before release, but this has caused some serious issues.

Following Devotion’s removal from sale, their Chinese publishers, Indievent, severed ties, but this didn’t stop China’s government revoking the publisher’s business license. The Chinese government claimed this was due to national security concerns, even though their only offence was publishing a game with an unflattering meme. In May, Red Thread expressed an interest in re-releasing the game with the offending art removed, but this latest apology suggests this is unlikely to happen in the near future, due to widespread theories that the game’s story is an allegory for China’s treatment of Taiwan.

In a time where people on the Internet scream censorship because an anime boob got covered up before coming to the West, it’s worth remembering what real censorship looks like. From all accounts, Devotion was an excellent horror game that now can’t be bought because a government took offence at one aspect of it. And that’s not good.

Here’s hoping the situation can be resolved and the world gets to play Devotion again soon. 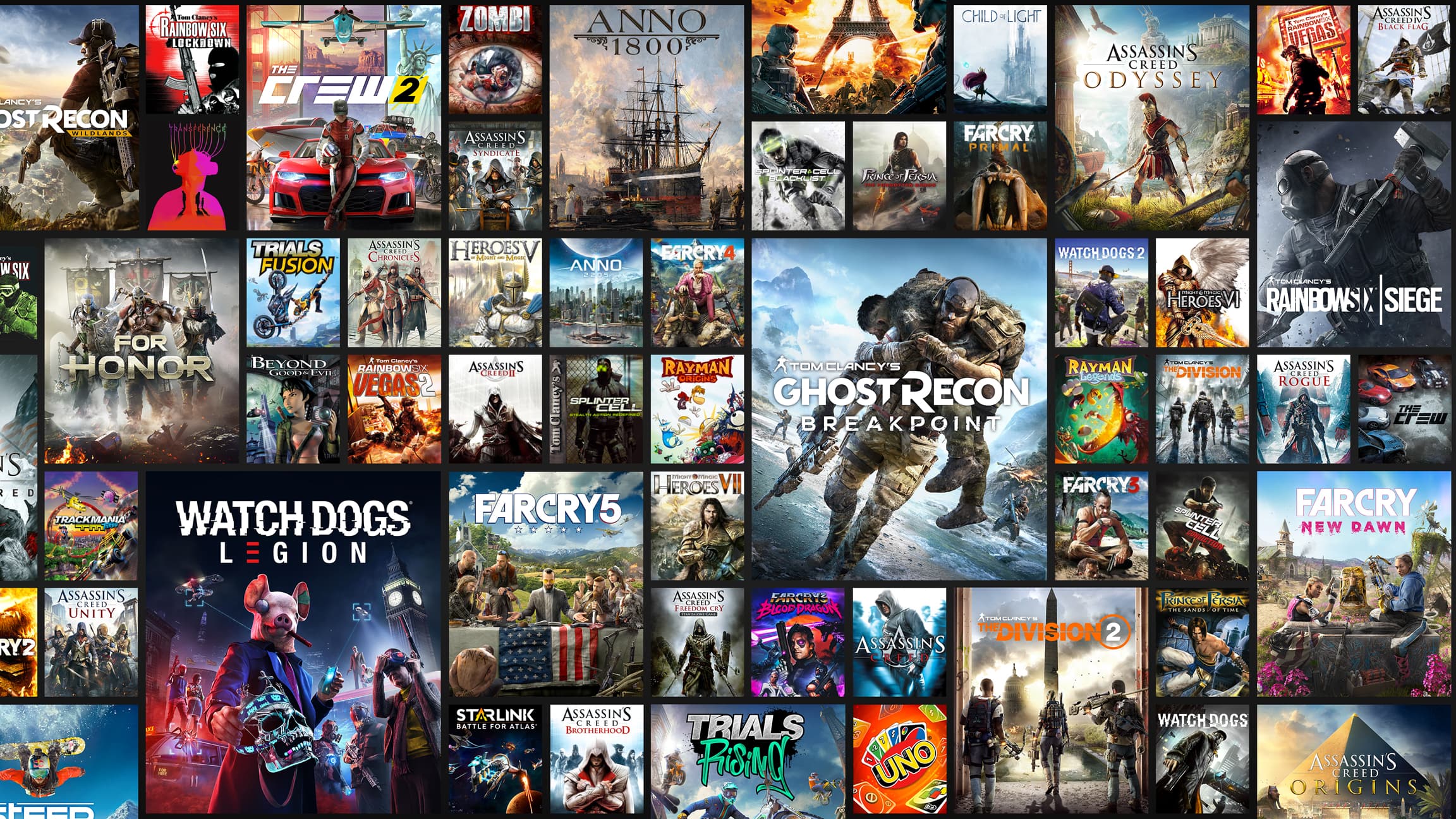 As we move towards every company having a subscription to keep track of, Ubisoft have announced the initial line-up for Uplay+, and they’re making a strong case for subscribing to it, because it’s huge.

Some examples of the titles available include most of the Far Cry, Assassin’s Creed, Prince of Persia, Rayman and Rainbow Six franchises, with some great standalone games like Child of Light, Beyond Good & Evil and Zombi thrown in for good measure. All games can be downloaded to your PC or streamed via Stadia for the cost of your subscription, so that’s not a bad deal.

Remains to be seen how much people are willing to have yet another subscription on top of everything else though. Being limited to Ubisoft titles also prevents the service expanding too much beyond these games, but if you love Ubisoft titles, this may be for you.

A full list of games can be found here: https://news.ubisoft.com/en-us/article/352769/full-list-of-games-coming-to-uplay-plus-revealed

Streets of Rage 4 still doesn’t have a release date or confirmed platforms. However, Sega have confirmed that a bunch of legendary composers will be making music for it. These names include Yuzo Koshiro, Motohiro Kawashima, Yoko Shimomura, Keiji Yamagishi and Hideki Naganuma.

Don’t know them? You may know their work. Koshiro and Kawashima are returning from the original Streets of Rage trilogy. Yamagishi has worked on Ninja Gaiden and Tecmo Bowl. Shimomura has a huge portfolio of beloved music, as she’s composed for everything from Street Fighter II to Kingdom Hearts. Naganuma is the name I’m most excited about, as he’s best known for the likes of Jet Set Radio and Sonic Rush, which are some of my favourite soundtracks ever (I’m a sucker for some good breakbeats).

Since a huge part of Streets of Rage’s appeal was in its house-inspired score, this is exciting news indeed. Of course, we’re still waiting on literally any other news about the game, but hopefully that’ll come in time. 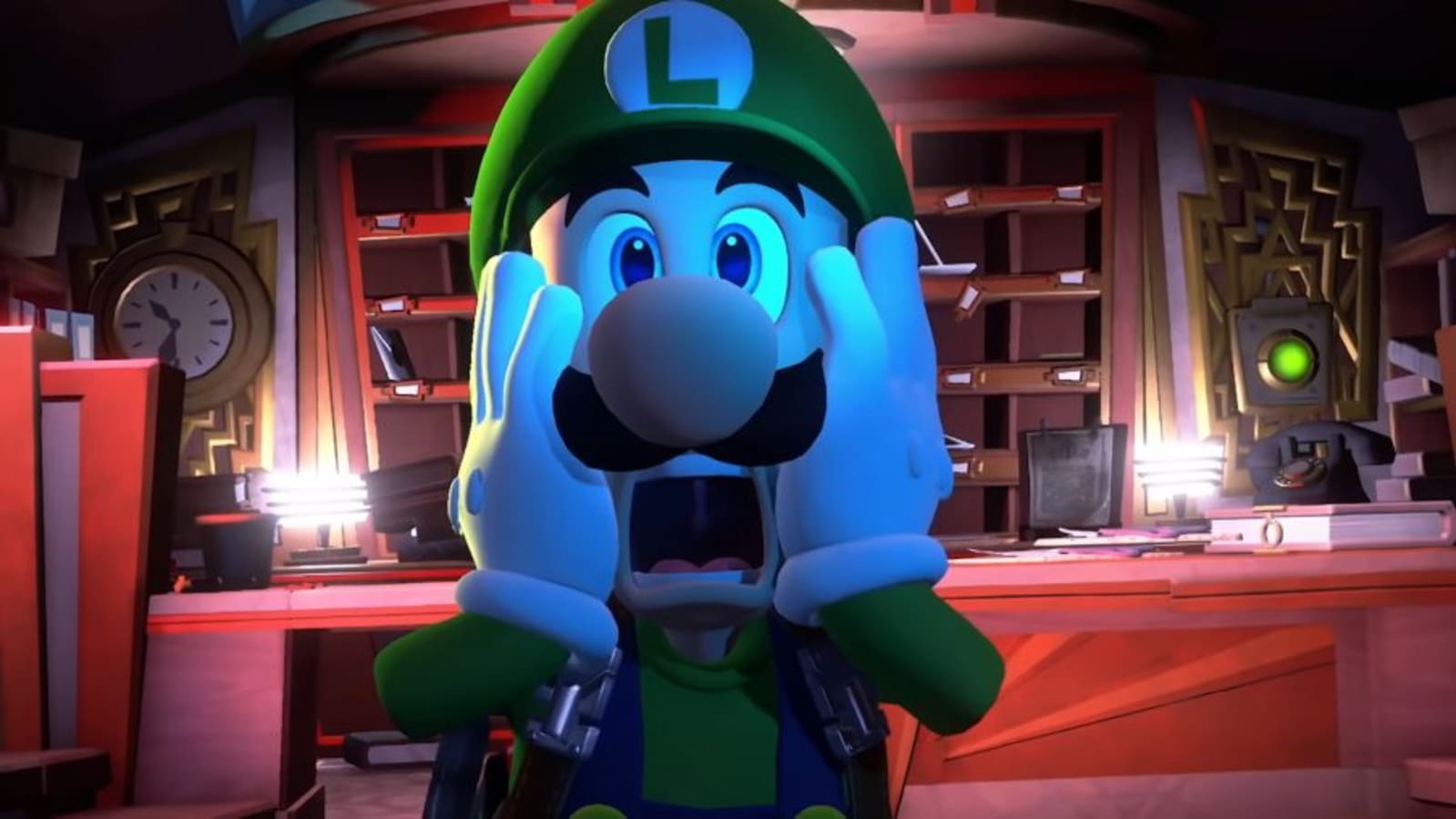 At E3, I expressed some confusion about Luigi’s Mansion 3 not getting a release date from Nintendo. The game looked almost ready, and Nintendo seem to be pushing it as one of the big year-end titles for them. So the lack of a release date was concerning and made me worried it would be pushed back to next year.

Not so, as Nintendo have finally announced a 2019 release date, and an appropriate one it is too. It’s being released on Halloween, the perfect time to go do some virtual ghostbusting. And with the MediEvil remake coming out mere days before this, it looks like we’re all set for our spooky gaming needs this year. 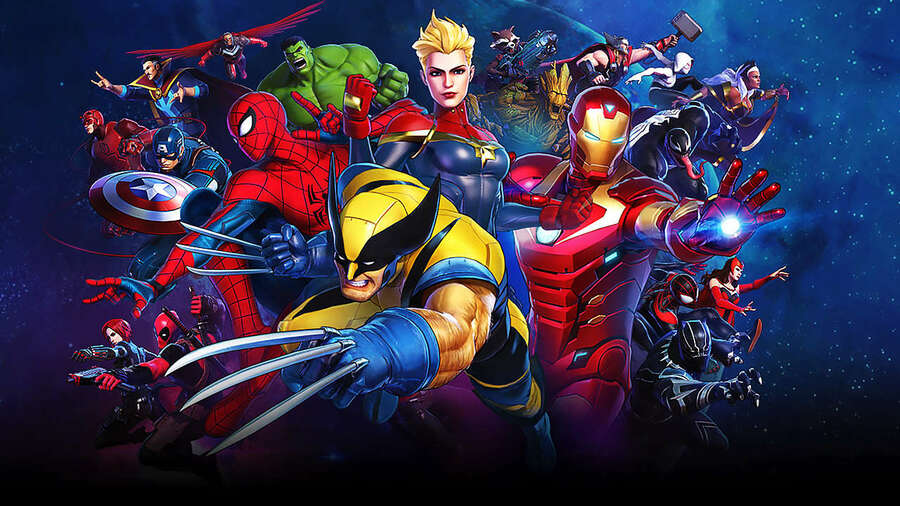 In new releases this week, we have Horace (PC) from 505 Games, which is a story-driven platformer starring a robot looking for his long-lost family. It promises Metroidvania-style challenges and retro-inspired minigames, although it’s not clear if this retro inspiration connects the game to the Horace games of the ZX Spectrum. Its release also sees “wishlist milestones” on Steam, with discounts promised if enough people wishlist the game. Which is pretty nice.

Then there’s Etherborn (PC, PS4, Switch), a mind-bending title from Spanish developers Altered Matter. It’s a puzzle platformer where you manipulate gravity to find new ways around the environment, as you seek out the source of a mysterious voice. It gives me some Monument Valley vibes, so it’s interesting for that reason alone! 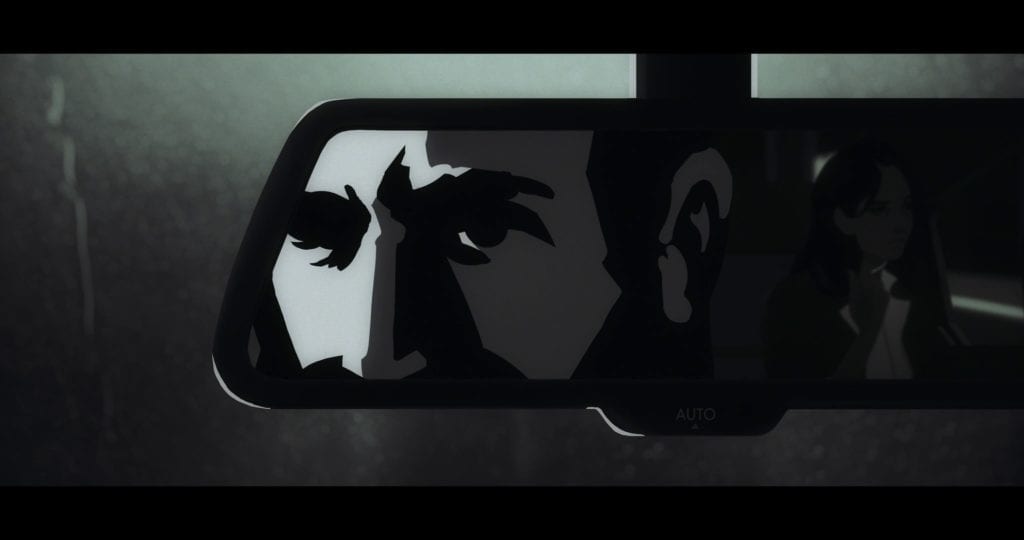 My Game of the Week this week is Night Call (PC). Coming from French developer Monkey Moon, this is a noir-themed murder mystery with a twist. You play as a taxi driver in Paris, and a serial killer is on the loose. All the victims have been clients of your taxi company, and you were the last person to see the latest victim alive.

In this narrative game, you use your social skills honed as a cabbie to figure out the mystery. You figure out the right questions to ask to get your passengers to reveal their secrets. It’s an interesting take on the mystery genre, and for that I think it’s worth a look.

And that’s it for this week! I’ll see you again soon with more news and releases from the world of video games!