This week, we talk Watch Dogs, Pokémon and the Mega Drive Mini in this, the quiet pre-E3 week.

Just yesterday Google announced a bunch of new details on their Stadia streaming service. They’ve explained the connection speed required, a bunch of games, as well as costs. Google have promised 4K visuals on a 35mbps connection, with 720p promised on as low as 10mbps. Reports also state that if your connection doesn’t meet a minimum standard it won’t connect to the service at all.

Stadia will run off any device that can run Chrome. You can access the service through a Chrome browser on PC, or a Chromecast device hooked up to your TV. Tablets and smartphones are more limited, with only the Pixel range able to access the service at launch. You don’t need special hardware, as you can even ignore the Stadia controller in favour of other devices. Keyboard and mouse seem confirmed, and I’d bet Xbox controllers could hook up

Pricing is currently £8.99 a month, although this is the “Pro” membership, despite no other tiers announced. It’s also not clear how many games this subscription allows you to access immediately. There was talk of regularly updated freebie games, suggesting some games requiring extra purchases.

There’s a pretty good line-up of games at launch, with companies such as Ubisoft, Bethesda, Bungie and Square Enix porting games over. The conference also saw the announcement of Baldur’s Gate III, the long-awaited sequel to the DnD-themed RPG series. But if you’re not ready to jump into streaming, a traditional PC release is also on the cards.

It all sounds impressive, as long as your Internet can handle it. At present, my connection likes to cut out at random at least once a day, so it’s not too appealing right now. Bear in mind that this announcement came a few days after Google services went down across the board. Doesn’t bode well for the service.

But with this sort of thing, the real test comes at launch, when a wide audience is testing the power of the servers. We’ll find out in November when it launches across Europe, the USA and Canada. 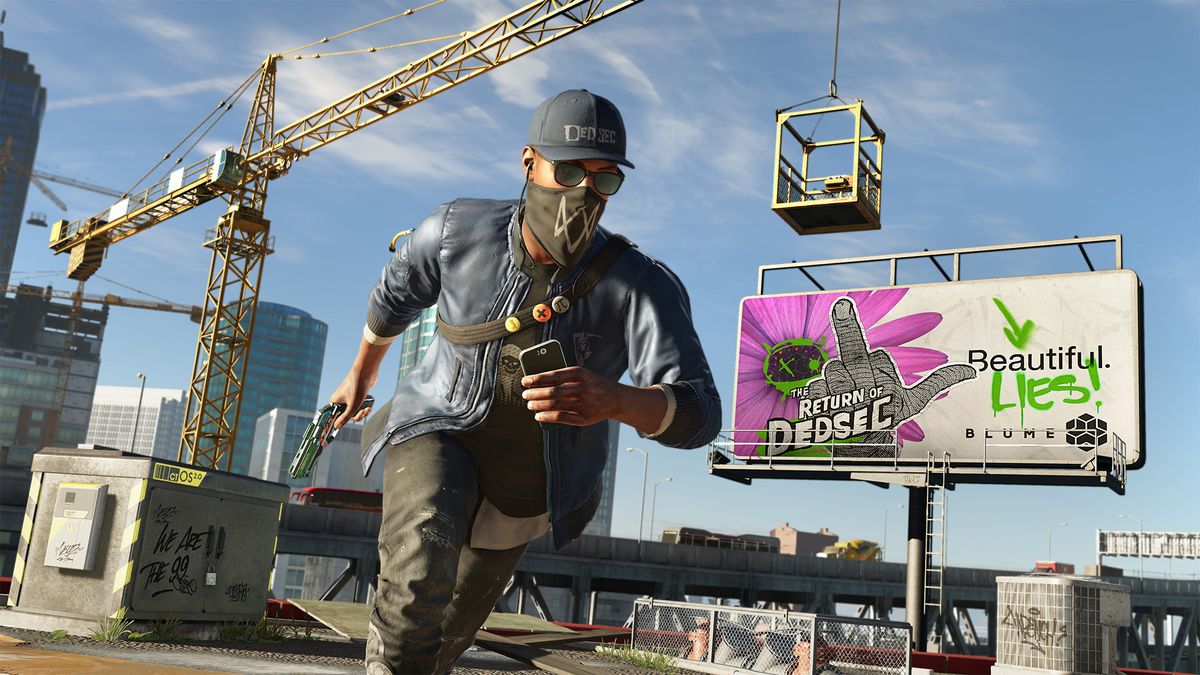 Ubisoft’s Watch Dogs series is a strange beast. Pitched as a modern sidekick to the Assassin’s Creed series, with a cool hacker aesthetic and an attitude of sticking it to the man. Then the first game came out with less impressive graphics than advertised and a bland protagonist. A sequel followed, which delivered much of what the first game promised, but it didn’t sell as well. It seemed that the series was dead in the water.

But no! This week, details have emerged about Watch Dogs: Legion, a new title that looks set to be revealed in full at E3. Interestingly, while the first two games were set in Chicago and Seattle, this new title is leaving the country and moving to the UK. A post-Brexit Britain, which will be interesting to see when combined with Ubisoft’s bizarre “we don’t do politics but sell Tom Clancy games” stance.

There’s also a promise of being able to control “any NPC”, which doesn’t make sense when you realise what NPC stands for. It’s also not clear how this will work, but as I just finished Super Mario Odyssey, I’m imagining you throw an iconic hat at random people to possess them.

THE SIZE OF THESE POKÉMON

Nintendo have an E3 presentation coming next week too, but because Pokémon is odd, they like to separate it. Which is why we got a separate Direct this week focused entirely on Pokémon Sword and Shield, the latest main line games.

They showed a few notable things. Of course, we got new Pokémon, including Wooloo, a sheep now beloved by the Internet. Then there’s Corviknight – an intimidating nightmare crow who’s also your Uber driver. They also showed off the two main legendaries, who are wolves based on the names of the games. So we have a wolf with a shield baked into its face, and a wolf…carrying a sword.

They also showed off the Dynamax system. No, it’s not an outdated 80s video format, it’s a mechanic that turns Pokémon into vast colossi for kaiju-sized battles. This is getting combined with a mechanic from Pokémon Go to make epic multiplayer raid battles. Due to the UK theming of the game, I’m hoping the large Pokémon will be called absolute units at some point, but there’s no confirmation of this.

And most importantly there is a release date. November 19th worldwide for the Switch, coming out the same day as Jedi: Fallen Order, so that’s quite a battle. Back when the Mega Drive Mini was announced, I wasn’t convinced due to the ease of getting Sega’s entire Mega Drive catalogue on every system. The full line-up is out now, however, and I have to say, this is how the mini systems should be done.

As well as a bunch of classics that can be found elsewhere (would they really leave out Sonic the Hedgehog?) there are some high-profile third-party titles such as Earthworm Jim. But more intriguing is the bonus titles – Tetris and Darius. Tetris for the Mega Drive is a rare title, as it was pulled quickly from sale due to licensing issues. Darius, meanwhile, never saw an actual release at the time, so this mini system is its first official release.

I must say I’m impressed with Sega’s lineup here. It’s a good line-up, and has enough differences from the Steam Mega Drive Classics collection to justify its existence, and those bonus titles are exciting for gaming history enthusiasts. Good one, Sega.

The Mega Drive Mini is out in September.

A couple of new releases this week, but let’s see what games are available for free on the various console services this month.

On PlayStation Plus, you can grab the excellent Sonic Manic and Borderlands: The Handsome Collection, which makes up for the Conan and Surge combo a few months back. On Xbox this month, you can grab NHL 19, Portal: Still Alive, Rivals of Aether and Earth Defense Force 2017. And Nintendo’s NES collection is starting to look silly, with this month bringing classics like…Volleyball, Double Dragon 2 and…City Connection? Okay then.

As for new stuff, this week saw the release of Hell Let Loose, a realistic WW2 shooter, and Zed, a surreal indie game about piecing together memories. Both are out on Steam right now. Both are getting some mixed reviews, but they might be worth looking into if you’re interested in either WW2 or emotional indie games.

There’s also Persona Q2, which is a sequel to Persona Q, a dungeon-crawling spin-off from the Persona series. Where the first game saw the casts of Persona 3 and 4 team up to fight off a new evil, Q2 adds the Persona 5 cast as well. If you liked the dungeon crawling of Persona and the wider Shin Megami Tensei series, then this is worth a look.

Game of the Week this week is the PC release of Octopath Traveller. While not a brand new game, it’s the most interesting game of the week’s releases in my eyes. Octopath Traveller was released on the Switch last year to huge critical acclaim, and now PC players can get their hands on it too. I’ve been playing it myself recently, and it’s excellent. It’s an old school JRPG in the style of Square Enix’s 16-bit era titles like Final Fantasy VI and Chrono Trigger, but with plenty of modern design choices. With eight interwoven stories and a fun and intuitive battle system, Octopath Traveller is worth grabbing now if you didn’t already play it on Switch.

And that’s it for this week! Sorry it’s a short one but that’s pre-E3 week for you. Next week will no doubt be the exact opposite, with an avalanche of news that won’t stop, so look forward to that. See you then!