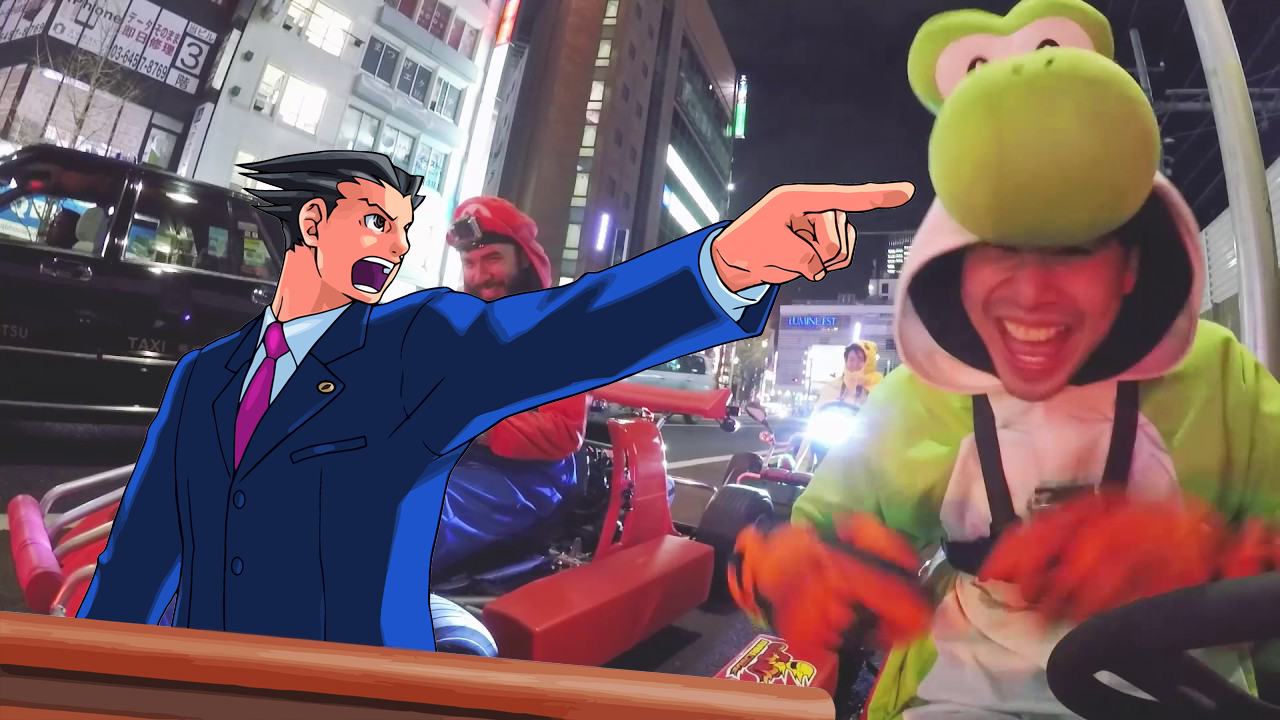 This week, lawsuits, lots of little bits of news, plus all the latest releases!

By the way, apologies for the lack of a roundup last week, but there was NOTHING to talk about. When games sites started doing deep dives on patch minutiae, you know it was a slow week. January, amirite? This Game’s Winner is Mario

As well as celebrating sales successes (52 million Switches sold, more than the SNES!), Nintendo can also celebrate winning two separate lawsuits they were involved in.

Over in Japan, MariCar, a go-karting organisation, lost their appeal against Nintendo’s claims of copyright infringement. It was hard to see how they’d win, as their entire business model was centred around recreating Mario Kart on the streets of Tokyo, using Nintendo’s IP in costumes and names despite 0% involvement from the game publisher. Yes, you may have seen them before, driving around Tokyo dressed as Mario, Peach, Yoshi and co. Well no they can’t do that anymore, although if they’d gotten Nintendo’s permission in the first place, there may not have been a problem.

In Europe, however, Nintendo’s victory is a little less acceptable. The Norwegian Consumer Council took Nintendo to court over their pre-order policy on the eShop. The argument is that Nintendo’s policy of not allowing customers to cancel pre-orders violates consumer rights laws. However, the courts have ruled in Nintendo’s favour, citing an agreement that buyers have to agree to before placing an order that waives their right to cancel. The result is being appealed, arguing that this isn’t a good enough reason, but it could take a while before we get a result from that. Those aren’t the only lawsuits games companies have been involved in lately though. Ubisoft have filed a lawsuit with a California court against a website known as SNG.ONE. The site, the suit alleges, are responsible for a series of distributed denial-of-service (DDoS) attacks against Rainbow Six: Siege.

For a variety of subscription prices, the site provides access to software that allows people to launch DDoS attacks against whoever they feel deserves it. Part of the suit alleges that other live service games such as Fortnite and Call of Duty are also key targets of this software.

It’s a pretty clear case from the evidence presented. The site owners have taunted Ubisoft whenever the attacks have happened, and they claim a fake “seizure notice” placed on their website was designed to show Ubisoft what’s what. Quite what Ubisoft had done to warrant this isn’t clear, but the site owners clearly have an axe to grind and they’re not exactly hiding their part in the DDoS attacks. It’ll be interesting to see how this goes down.

In other Ubisoft news, the company have also revamped their entire editorial team in an effort to make their games more varied. Almost like dedicating almost an entire E3 conference to no less than six different Tom Clancy games isn’t a winning strategy. Odd that.

Releases this week might be a little hefty, as I’m pulling together releases from the last two weeks, but hopefully that means there’s even more chance of finding something you might be interested in here!

Let’s start the roundup of the past two weeks’ releases with a couple of ports. Mosaic came out for PC and Apple Arcade towards the end of last year but is now available for Xbox One and Switch, with PS4 still to come at an unconfirmed date. PS4 players can rest easy though, because the surprise announcement of Patapon 2 Remastered saw the PSP classic come to a home PlayStation for the first time.

In small releases, there’s Astra Exodus, a space strategy game inspired by 4X classics like Alpha Centauri. Not for Broadcast puts you in the shoes of a propaganda official in a dictatorship, controlling what gets broadcast on state television. The Pedestrian is a puzzle game set in and around road signs. Yes, really. And finally, Simulacra 2 is the latest in a series about digging through someone’s phone to solve a mystery and claims to show the darker side of social media influencer culture. All of these games are available for Steam.

This week saw the release of the latest Smash Bros character and saw DC’s Joker released as a guest character for Mortal Kombat, but those aren’t the only crossovers happening this week. Code Shifter (PC, PS4, Xbox One, Switch) is a side-scroller from fighting game gurus Arc System Works, bringing together a bunch of their franchises in a slightly goofy crossover about a games designer. It features characters from the River City Ransom, Guilty Gear and BlazBlue franchises, along with a bunch of other games I’ve never heard of, most likely because they never left Japan.

Do you ever wish Pokémon would get released on a non-Nintendo system? You’ll probably never see that happen, but the next best thing is Temtem. It’s a sort-of MMO that released last week for Steam, and it’s more than a little familiar to Pokémon fans. You’re a Temtem trainer, scouring the world for creatures you can capture and battle. There’s a rival, there’s a criminal team with nefarious plans, there’s all that really annoying EV and IV nonsense that always puts me off regularly playing Pokémon too, so if you’re into that for some reason it’s all there too. Basically, the closest you’ll get to a PC Pokémon game, and apparently it’s pretty good at that too.

Kentucky Route Zero has been getting a lot of buzz this week. It’s a slightly confusing release to explain. It’s been released in full on PS4, Xbox One and Switch as the “TV Edition”, but on PC the release is actually Kentucky Route Zero: Act V, as the game has been releasing episodically through Steam since 2013. It’s a point-and-click adventure set around a hidden highway in Kentucky and the community built around it. It sounds bizarre and mysterious in equal measure.

The biggest release of the past two weeks though is Journey to the Savage Planet, released for PC (Epic exclusive unfortunately), PS4 and Xbox One. It’s a survival game about exploring a harsh and wild planet full of creatures and alien hazards, cataloguing it all for a corporation that wants to exploit the resources for profit. You can probably tell from that description that there’s a lot of satire of corporatism within the survival mechanics and flashy visuals.

Game of the Week for this week is Coffee Talk, available for every system that counts. It’s a visual novel set in an all-night café in a world where modern humans rub shoulders with elves, vampires, cat people and other assorted fantasy creatures. The purpose of the game? Listening to the stories and troubles of your patrons and make sure you get their orders right.

It’s a relaxed game with relaxed music and a relaxed premise. It’s a virtual café with interesting stories that perfectly captures that contemplative late-night chill vibe. For that alone, I’m willing to award it Game of the Week. It’s not mind-blowing or showy, but it is the perfect game to wind down a tough day with. I’ll have a full review very soon if you want to know more.

And that’s it for this week! Assuming we don’t get another week of nothing like last week, I should be back again next week with more from the world of gaming! See you then!