Gaming Roundup – Switch on the Lite This week, the Switch Lite, G2A and Cuphead on Netflix, plus all the latest releases! Nintendo have announced a new model of the Switch, the Switch Lite. It’s a cheaper model with limited features, aimed at those on lower budgets. Its key differences include the lack of detachable Joy-Cons, a longer battery life and no video connection, which means it can’t connect to a TV. Essentially, it’s a cheap handheld-exclusive version of the system. And that’s fine. Oh, and it comes in three rather pretty colours.

Hasn’t stopped the Internet from complaining though. Somehow there have been many complaints that this system with “Lite” in its name is lighter on features. Complaints includes the inability to dock with a TV and a lack of improved specs outside the battery life. Of course, the base model will still exist with the docking function, and for improved specs, you’re better off holding out for the rumoured Pro edition somewhere down the line. Although don’t expect it any time soon, according to Nintendo of America President, Doug Bowser.

The Lite makes some sense, with this model appealing to parents of young children who want to give them something inexpensive and fun to play with. It also appeals to the handful of people who bought the 3DS to play Pokémon and Animal Crossing, and wouldn’t you know it, this announcement comes right before Nintendo are about to release a Pokémon and an Animal Crossing. I have no need for Switch Lite but I can understand why it exists.

Of course, if we want to debate how “budget” this budget model is, that’s fair, as it looks set to be about £200 on launch, compared to the base model’s £280. Knock a few tenners off that, and then we’ll talk.

Meanwhile, the base Switch will be seeing some minor improvements of its own, with a minor processor and storage upgrade. Although this is an incremental change applying to all models going forward, not a brand-new model.

The Switch Lite will be launching on 20th September.

NEW POKÉMON HAVE BEEN CAUGHT

There was also the reveal that there will be version-exclusive gym leaders. For instance, Sword will get a fighting gym led by a trainer named Bea, while this gym becomes a ghost gym in Shield, led by a Shy Guy cosplayer named Allister. This is quite a significant change, as it means each version will require different strategies to progress. Makes me wonder how many gyms will differ overall.

Pokémon Sword and Shield will be releasing on 15th November.

G2A CONTINUES TO BE THE WORST STOREFRONT

G2A.com has found itself embroiled in controversy again. Indie developers have already criticised the business practices of the key reseller, claiming that the site is rife with fraud and stolen keys. On top of this, keys sold through G2A don’t benefit the developer at all, as they’re second-hand sales. This week, however, Mike Rose of indie dev No More Robots discovered G2A adverts all over Google, often above official sites and ads for the games themselves. Worse still, he found that the ads couldn’t be hidden.

This sparked a discussion online, with many indie devs rallying together against G2A, even going as far as stating they’d rather people pirate their games than buy them from the reseller. The reason for this comes from credit card fraud that exists to an alarming degree on the site. Far too often, someone will use a stolen credit card to buy up a bunch of Steam keys, put them on the site and when the credit card is discovered to be stolen, the chargeback falls on the indie devs.

G2A responded to these criticisms in dismissive ways, claiming that none of the devs making these claims had contacted them directly. Rose struck back by revealing emails that had been sent to G2A but were dismissed and ignored.

But the drama didn’t end there. G2A decided that this discussion was bad for their image, so their PR department contacted various sites requesting positive coverage. However, their request was a pre-written article from PR to be published without attribution or disclosure. This was a sponsored post, as they were willing to pay, but this enhanced the shadiness.

Advertising laws in many countries require sponsored content to be clearly labelled as such, and any request to hide that the content is sponsored is in violation of these laws. Thomas Faust of Indie Games Plus broke the news in a tweet, with various other outlets saying they’d received the same email, proving that these sites knew the laws better than G2A.

All of this is just the latest in a long history of shady behaviour from G2A, with no signs of them improving their behaviour any time soon. In conclusion, never use G2A. Netflix have confirmed that they will be producing an animated series based on Cuphead. It’s unexpected news, but it makes sense. After all, Cuphead’s art style evokes the cartoons of the 1920s and 1930s, such as the early Mickey Mouse shorts. Why not take that style and make some actual cartoons out of it?

Even better, the production of the show will be handled by King Pictures Syndicate, who hold the rights to classics such as Popeye and Betty Boop. No doubt they can draw on their history to make this as accurate to the period as possible.

The Moldenhauer brothers, who created the game, have confirmed that the show won’t be for kids. This shouldn’t be a surprise to anyone who’s played the games, which centres around the title character getting into gambling debt with Satan. It should also not be a surprise to anyone who’s watched cartoons from that era either, with plenty of gambling, drugs and sex references to go around (although hopefully they’ll leave out the casual racism).

Also, I imagine watching the show would be easier than playing the game. Or at least let’s hope so. 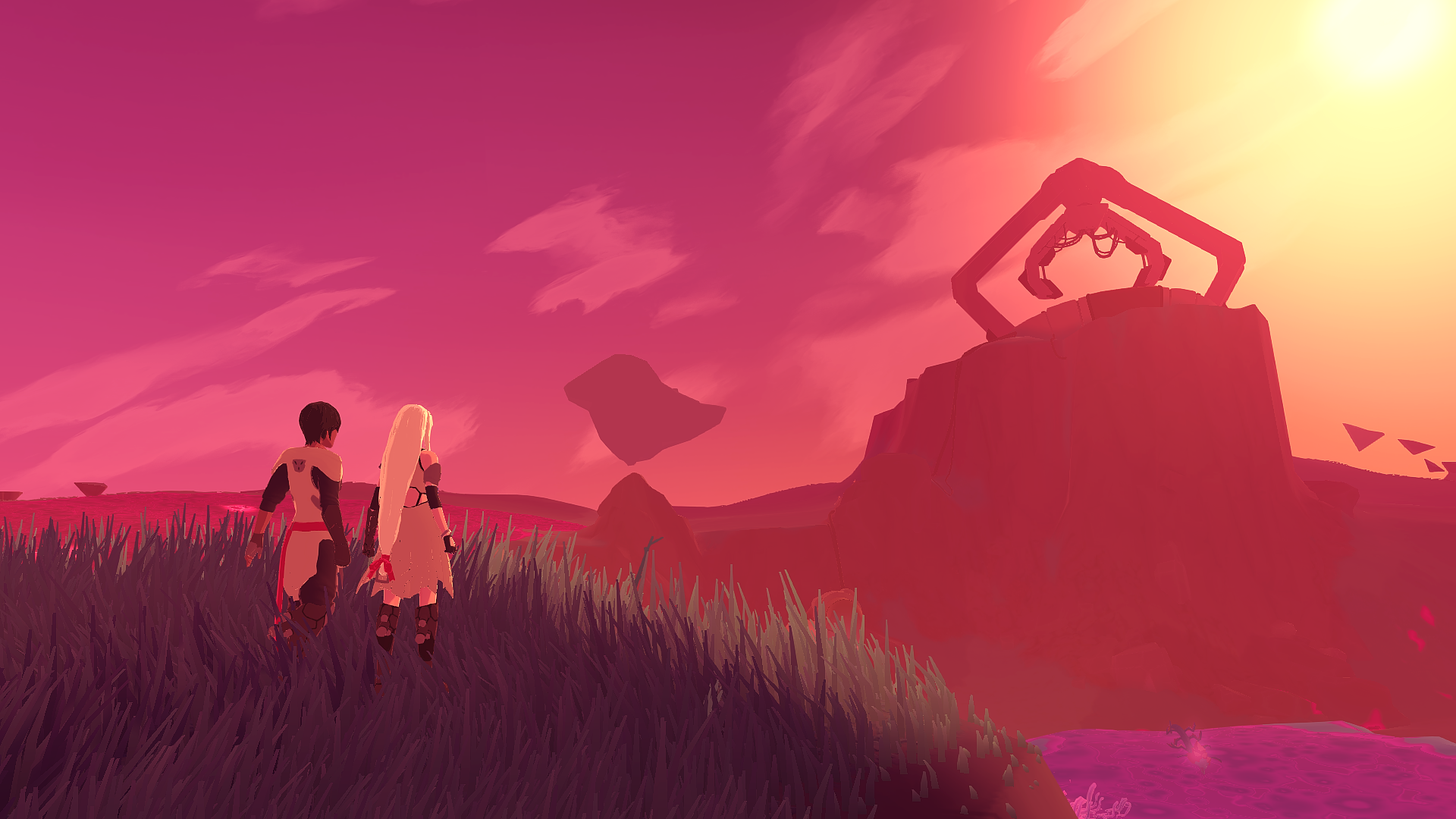 And here’s a roundup of some of the smaller stories this week:

– Crystal Dynamics will be showing new gameplay footage of their Avengers game at San Diego Comic Con, but this won’t be streamed online. Bodes well.
– The Game Bakers, developers of Furi, have announced their new game, Haven, which promises to be a mix of Journey and Persona and, honestly, sign me right up
– Psychonauts 2 has been delayed to 2020, and how dare they because I need that game now
– Supermassive’s upcoming narrative horror title, Man of Medan, will have multiplayer modes and I have no idea that will work for a game like that
– Nintendo have announced at last that this month’s free NES games on Switch are Wrecking Crew and Donkey Kong 3. They’ve also added a rewind feature to the service
– Tetris 99 is getting a physical release…for some reason?

A few new releases this week.

Dr Mario comes to mobile in Dr Mario World, although its adherence to typical mobile puzzle game tropes is a concern.

Griftlands, the new title from Klei, is a deck building RPG where negotiation is as important as combat, launched in Alpha on the Epic Store this week.

Dragon Quest Builders 2 (PS4, Switch) once again brings Minecraft-style gameplay into the world of Dragon Quest and promises a bigger world and more co-op gameplay options than the first game.

Game of the Week this week is SolSeraph (PC, PS4, XBO, Switch), from Sega and ACE Team. It’s a spiritual successor to ActRaiser back on the SNES, although this choice isn’t based on nostalgia because I’ve never played ActRaiser!

Instead, this is Game of the Week just because the blend of side-scrolling action and top-down city building is an interesting concept. You play as a guardian of humanity, who helps strengthen and grow settlements around the world, before heading out to personally vanquish the evil lurking nearby. I love a good side scroller and a good city builder, so the two together sounds like a great time. Plus ActRaiser is a beloved cult classic so a spiritual successor seems like it might go the same way.

And that’s it for this week! See you again next week for more news and releases from the world of video games!