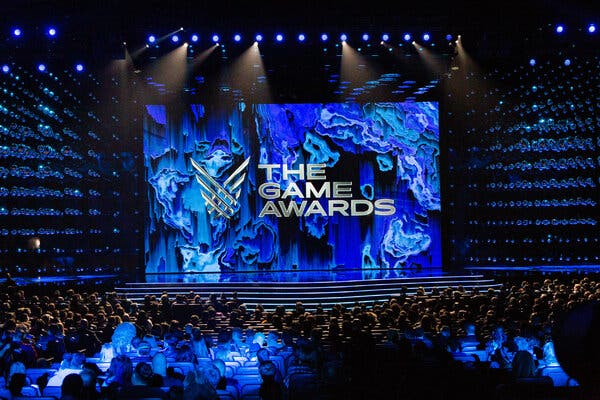 The Game Awards – The Winners

Despite Geoff Keighley’s focus on pushing WORLD PREMIERES, The Game Awards does have “awards” in its name, and therefore it’s a time to celebrate the great games released in the past year.

And in a move that’s pretty representative of the year we’ve had, there weren’t many clear winners overall, with the awards all handed out to a much wider spread of titles than we’re used to.

The biggest winner of the night was co-op adventure It Takes Two, which not only got Best Family Game and Best Multiplayer, it also surprisingly took the ultimate Game of the Year award too.

The only other game to gain the same number of awards was Forza Horizon 5, which one all of its categories – Audio Design, Innovation in Accessibility and Sports/Racing. And let’s be honest, if anything else won the latter category I’d be concerned.

Only two games got two awards each, with cutesy Zelda-like Kena: Bridge of Spirits getting Best Indie and Best Indie Debut, while Final Fantasy XIV nabbed Best Ongoing and Best Community Support. And considering FF14 is currently not on sale because they have too many players and the servers are struggling, this feels like an appropriate recognition of its absurd popularity.

Elsewhere, Deathloop got Best Game Direction, Best Performance went to Maggie Roberston for her portrayal of Tall Vampire Snacc Lady Dimestrecu in Resident Evil Village, and Life is Strange: True Colors got Games for Impact. Meanwhile, Guardians of the Galaxy got Best Narrative, which feels unearned in a year where Psychonauts 2 released, while Best Score and Music went to Nier Replicant, a remaster of an 11-year-old game.

Finally, Elden Ring won Most Anticipated for the second year in a row, although at least now it wins that with an actual release date (25th February, but I’m sure you knew that already).

There were also the Content Creator and Esports awards. Dream won Content Creator of the Year, which is fine by me since he’s the only one I’d heard of, while Esports winners included League of Legends (Best Game), S1mple (Best Athlete), Natus Vincere (Best Team), Kkoma (Best Coach) and the 2021 LoL World Championship (Best Event). I don’t know what any of this means, please ask Mat instead.

It’s a pretty good selection of winners all round in my opinion. It’s been a massively varied year with no overall “consensus” Game of the Year candidate, so to see such a wide range of games covered is excellent. The Game Awards – The Announcements

Of course, 90% of The Game Awards is a series of ads for upcoming games, and occasionally things that aren’t games. So what got announced?

Well, Geoff Keighley did make a statement about industry abuse after getting in trouble for fence-sitting earlier in the month. His statement was general and tried to tie systemic abuse from executives in the industry with angry Halo players sending death threats, and refused to name any companies by name (it’s Ubisoft, Activision and Riot, Geoff). He then proceeded to announce a trailer for a new Star Wars game developed by Quantic Dream, undermining his whole statement since now we’re supposed to be hyped for a game made by a company who went to court like Activision are about to, for basically the same things. Stay classy, Keighley.

Sonic got quite a bit of focus as new trailers for the next game and movie both debuted at the show. The new game, Sonic Frontiers, is confirmed to be an open world game with more than a little visual inspiration from Breath of the Wild. The new movie showed off Tails and Knuckles, with the former now confirmed to be voiced by Colleen O’Shaughnessey, best known for playing…uh…Tails in the Sonic the Hedgehog games. Makes you wonder why we need Ben Schwartz and Idris Elba really, but here we are.

Horror fans got a couple of great reveals. Alan Wake 2 was revealed to much surprise, while I sat there thinking that none of you played the final DLC of Control and it shows because it was originally announced there (although this is the first real teaser trailer). And then Silent Hill and Gravity Rush director Keiichiro Toyama finally revealed what his new studio has been working on. It’s called Slitterhead and it looks horrible. In a good way. Also fellow Silent Hill veteran Akira Yamaoka will be working on the music, which is excellent news.

It wouldn’t be The Game Awards without a bunch of licensed tie-ins. Wonder Woman is getting a game, but no further details were revealed. Suicide Squad got some gameplay. And a new Dune RTS was revealed, taking us right back to the days of Dune II.

And finally, we got a reveal of The Matrix Awakens, an interactive experience running on Unreal Engine 5. And by that I mean it’s a fancy tech demo for Unreal Engine 5 with a Matrix license slapped on it. It looks very impressive, although I recommend everyone saying it looked exactly like real life to please go outside and look at some real people. I will be honest, what I saw of it didn’t blow me away (admittedly I don’t have a next-gen console to experience it first-hand) but that’s because I feel we’ve reached a plateau on realistic visuals and I’m frequently more impressed by bold art styles instead. Which is not a bad thing, that’s just where I’m at personally.

There were a bunch of other announcements for smaller titles, but we’d be here all day if we tried to cover all of them.

In new releases this week, former Indie Game of the Week Chicory: A Colorful Tale got a surprise release on Switch this week, after its former PC and PlayStation exclusivity earlier this year. It’s an adorable little game about painting the world, and the Switch feels like the natural home for it.

Also, Final Fantasy VII Remake completely escapes PlayStation’s grasp this week, as it comes to PC via the Epic Store. Okay, sure, that means it’s in Epic’s grasp for the time being, but it’s a start at getting the game to more players. It’s excellent, one of the best games of last year. If you don’t have a PlayStation you need to pick it up if you like RPGs, fast-paced combat, weird narratives and aggressively attractive video game characters. Or you know, you liked the original.

In small PC releases this week, we have Firegirl, a 2D platformer where you play a small firefighter working against the clock, Rogue Invader, a sci-fi shooter, and Scarf, a cute 3D platformer with a character aided by a dragon scarf. The latter releases next week, but since next week is Christmas there won’t be a roundup so it’s getting mentioned here.

Elsewhere, The Gunk (PC, Xbox) is the latest indie push from Xbox, with a Game Pass release and everything. It’s an action adventure set on a corrupted planet, and it’s your job to seek out this corruption (the gunk of the title) and hoover it up to save the world. It seems pretty neat!

The final Game of the Week for 2021 is Alfred Hitchcock Vertigo. Yes, really, that’s its name.

Unsurprisingly inspired by the work of classic thriller director Alfred Hitchock, Vertigo is a psychological narrative thriller title that claims to have you questioning what’s real. While not a direct adaptation of the movie of the same name, it’s instead an original story inspired by James Stewart going gradually crazy.

This looks like a fascinating game, and I love a good mystery thriller so it’s exactly my kind of experience. Expect lots of differing narratives and timelines as you try and piece together exactly what’s going on.

That’s it for this week! And also, that’s it for the year! The Gaming Roundup will be back around New Year’s Day with the annual Top 50 Most Notable Games. Let us know what you’re expecting to see in the list!