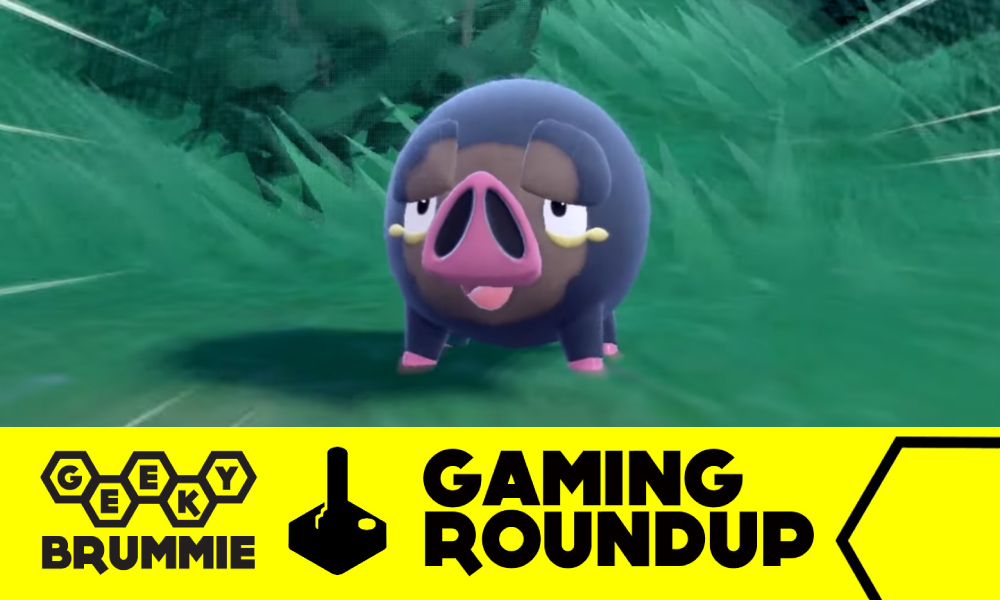 This week, Pokémon news, Multiversus leaks and Will Arnett is a monster clown.

Some big announcements out of The Pokémon Company this week. First up, more details on Pokémon Scarlet and Violet have been revealed, and while I’m sure there are some interesting gameplay reveals, the only thing that matters is that they named a Pokémon Lechonk. It’s a very round pig, so of course it’s named after the French term for “the chonk”. If you want to know more, the full trailer is here: https://www.youtube.com/watch?v=9ruBLEEqw_c

Elsewhere, Game Freak co-founder and frequent composer Junichi Masuda has left the company for pastures new. And by pastures new, I mean he’s moving into the holding company that his old workplace co-owns with Nintendo and Creatures. He will now be chief creative fellow at The Pokémon Company, meaning he’ll be doing less development work and more management of the Pokémon brand.

Thanks to leaks, it’s looking like Multiversus is going to get even more bizarre.

Multiversus is one of the weirder crossover fighters to emerge off the back of Smash Bros’ success. This title from Warner Bros is a Smash clone featuring various IPs owned by the company. Okay, so we’re getting DC characters, including Batman, Superman and Wonder Woman, none of whom are strangers to crossover characters. And then there are Looney Tunes, with Bugs Bunny and Taz confirmed. A little strange next to the superheroes but okay.

But then Warner also own Cartoon Network and the work of Hanna-Barbera, so that means the roster also has Steven Universe, Adventure Time and Scooby-Doo characters, alongside Tom & Jerry. Which is an odd combo, but still kind of works.

But then it gets weird. Because Warner Bros also own HBO, this means that Arya Stark from Game of Thrones is also in the game. And The Iron Giant is here too, despite the character being a noted pacifist. And now with some leaks floating around the internet, the roster is set to get even more out there. (link)

Gizmo from Gremlins? The Wicked Witch from The Wizard of Oz? They’re all but confirmed through datamining. As is Godzilla, who is famously quite large so may have to be shrunk down considerably. But then the original Reddit user who initially leaked the game is suggesting some other additions are on the way that might raise some eyebrows. While it is logical to see Scorpion from Warner’s existing fighting game series Mortal Kombat here, it’ll be interesting to see him fit into the cartoony, family-friendly vibe this game is going for. But then there’s…hang on…Ted Lasso? The enthusiastic football coach from Apple TV? Okay, now you’re just trolling us, Warner.

I’m totally here for this game’s complete lack of regard for how well most of these characters fit together. We have Batman teaming up with Shaggy against an ACME rocket ridden by Bugs Bunny and Arya Stark, and none of that makes sense, but I’m curious to see how bizarre they can make this. And also if they can ever stop every character getting leaked ahead of their official reveals.

Will Arnett is a Monster Clown

Will Arnett, known for his roles in Arrested Development and Bojack Horseman and arguably best known for being Lego Batman, is now a monster clown.

And by this I mean he has been confirmed as the voice of murderous clown and ice cream van enthusiast Sweet Tooth in the Twisted Metal TV show. Based on PlayStation’s vehicular murder franchise dating all the way back to 1995, the show will be airing on NBC’s streaming service Peacock, and Arnett will also act as executive producer alongside Marc Forman and PlayStation Studios head Hermen Hulst. (link)

Other actors so far confirmed for the show include Anthony Mackie of MCU fame and Scream star Neve Campbell, although their roles haven’t been fully confirmed yet.

Not much in the way of new releases this week. In fact, it’s just two, our Game of the Week and another release. That other release is Silt (PC, PlayStation, Switch, Xbox), a spooky underwater sidescroller that gives off a lot of Limbo vibes. Expect to escape from dangerous sea life and uncover a dark undersea mystery in this hauntingly atmospheric game.

Game of the Week this week is Card Shark (PC, Switch), which is a card game. And while the indie market is littered with card games these days, this one is very different. As the Steam description says, this is just as much about playing your opponents as it is playing your cards.

This is a complex narrative game about playing a high-level card shark in elite gambling dens in 18th century French society. Most of the card-based gameplay is based more on cheating and manipulating the decks as it is playing cards, and there are plenty of opportunities to leave the game and duel your opponents with swords and words.

This is such an enticing idea, particularly for someone like me who loves anything about dashing rogues in fancy hats, and there seems to be a lot of opportunity to be your most devious self in this game. And I love it already.

And that’s all for now! See you again next week for more from the world of gaming!