Gaming Roundup – This Game Brought To You By… 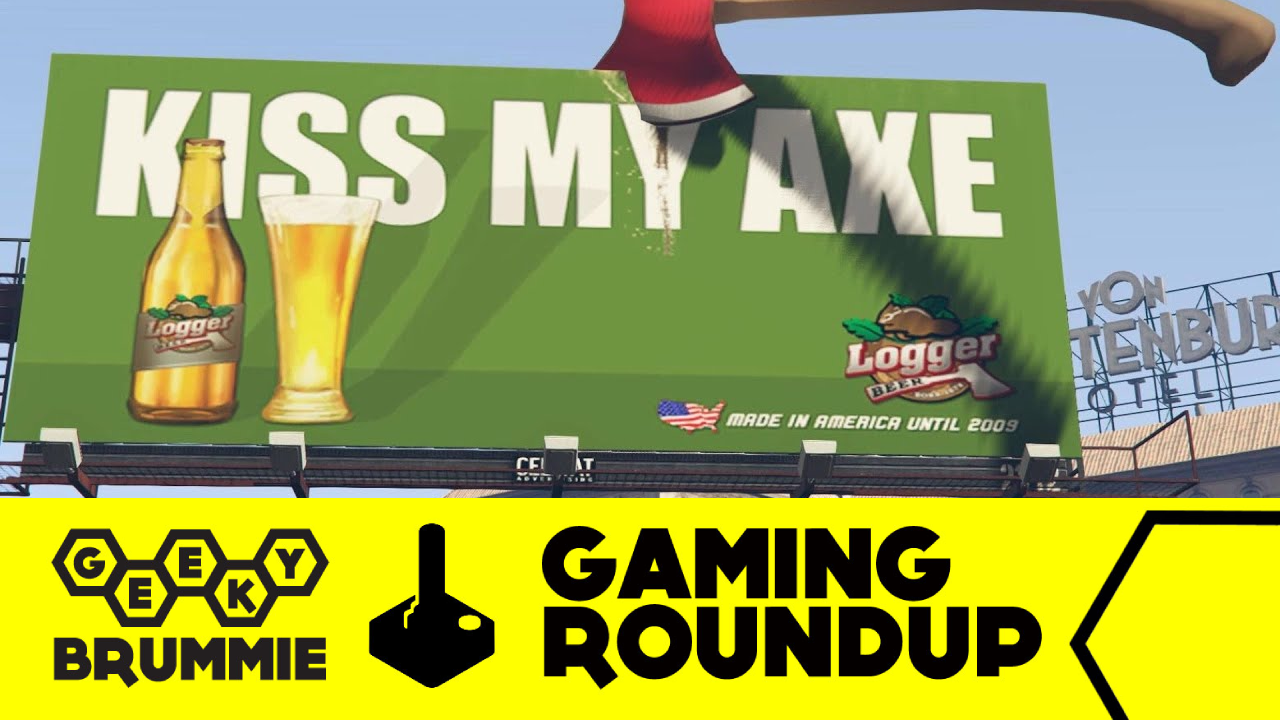 This week, adverts, GBA rumours and…look how they massacred my boy…

Ads in My Video Games? Surely Not!

Reports are currently circulating that both Sony (link) and Microsoft (link) intend to include adverts in future games.

The plans are currently for free-to-play games to utilise ads as an additional revenue stream alongside microtransactions, which is a fairly logical step to take. It’s already a prevalent business model in free-to-play mobile games, so injecting it into console games isn’t too much of a stretch. However, no one likes ads, so there’s a real chance this could cause significant backlash.

That said, both Sony and Microsoft have stated they are looking at incorporating adverts naturally into the world, with Microsoft citing “billboards in a racing game” as an example. In fact, racing and sports games are already full of adverts in this form, it wouldn’t be too much of a shift.

Hopefully this doesn’t extend too far though, and we end up with full video ads in loading screens. I already get annoyed at Uber Eats’ obnoxious YouTube ads as it is, I don’t need it in my games as well.

Significant rumours are circulating that Sega are reviving two Dreamcast era franchises with some high profile reboots. Both Crazy Taxi and Jet Set Radio are set to return, and let me tell you, as someone whose entire vibe is basically the latter’s soundtrack, I am indeed ready to get funky.

Both of these are set to release as part of Sega’s “Super Game” initiative, which Sega have previously claimed will incorporate a range of exciting new technologies, and is designed to compete with…Fortnite. (link)

Oh. This is most disturbing.

Yes, while both of these franchises look set to come back, they are also looking set to be online live service affairs, likely loaded with our favourite scams, NFTs. You know, exactly the opposite of what I’d like to hear when someone tells me there’s a new Jet Set Radio on the way.

Sega. Would you stop?

Oh well, at least there’s Bomb Rush Cyberfunk on the way. At least that understands the concept of the franchise. (link)

GBA Could Be Coming to Switch Online

Leaks online seem to be suggesting that Nintendo’s research and development team may be currently in the process of testing out two emulators for Switch. Codenamed Hiyoko and Sloop (they fight crime!), the emulators are for Game Boy and GBA respectively, suggesting games from these systems may be added to the Nintendo Switch Online service soon.

The leak also includes a list of 40 GBA games that appear to have been tested for the emulator. This doesn’t necessarily mean these games will be released, but these games include The Minish Cap, Metroid Fusion, Golden Sun and more.

I approve of this. All past Nintendo games need to be added to the service, especially at the price they’re now charging for the privilege. I will not be satisfied until the Gamecube and Wii are also added though. (link)

The Pokémon Company have acquired Millennium Print Group, the company that print the Pokémon Trading Card Game for them. Which I suppose makes sense. (link)

There are reports that a Streets of Rage movie is on the way, from the same studio that brought us the Sonic movies. And considering how well they’ve done, it’s not surprising that Sega might be willing to hand over a few other classic franchises too. John Wick creator Derek Kolstad is set to be involved. As long as the entire soundtrack is early 90s rave bangers, then this should be rad. (link)

Babylon’s Fall is proving to have an apt name. Platinum’s live service collaboration with Square Enix, a game no one wanted, is proving to not be something anyone wanted. After hitting the highs of 650 concurrent players on Steam, that number has since dropped to around 8. No, I haven’t missed off any zeroes, those numbers are accurate. Still want to pursue live service games, Platinum? (link)

Nintendo’s intensely anime RPG Xenoblade Chronicles 3 was revealed in the last Nintendo Direct with a September release date, which has now changed. However, in a move rarely seen in the games industry, it has not been delayed, it’s actually been brought forward by two months. It will now release in July. (link)

Because Sega can’t go a year without re-releasing some Mega Drive games, a compilation named Sonic Origins has been confirmed for June for PC and consoles. It contains Sonic 1-3 (& Knuckles) and CD, a bunch of cool animated shorts, gallery content, and also a baffling array of pre-order/DLC content. For 30-year-old games. Ok. (link)

Somehow Square Enix’s Avengers game limps on and has confirmed Jane Foster will be the newest character added to the game, likely off the back of the new Thor movie trailer also released this week. So if you still somehow care, rejoice I guess. (link)

We’ll be covering the last two weeks here because last week I was unable to do the roundup due to unforeseen circumstances (okay, it was my birthday, leave me alone).

In re-releases, we have two games getting Switch ports. We have Star Wars: The Force Unleashed, which is basically a port of the Wii version of the game where you play as a secret Darth Vader apprentice fighting with his morality. And 13 Sentinels: Aegis Rim is a critically acclaimed side-scroller and RTS combo in a world where high school students pilot mechs to battle kaiju. Yes, it’s anime, why do you ask?

It’s an indie heavy couple of weeks. The Iron Oath (PC) is an Early Access tactical RPG about building a mercenary group in a medieval fantasy realm. Terraformers (PC) is another Early Access title about building and managing a colony out in space. Godlike Burger (PC) is a single-player version of Overcooked in a space restaurant where part of the gameplay requires you source meat from…uh…the customers. Was not expecting cannibalism as a game mechanic, but here we are.

Anuchard (PC, Switch, Xbox) is a top-down action adventure about venturing into a mysterious dungeon, solving puzzles and defeating enemies to restore the titular kingdom. There’s an element of old PS2 adventure game Dark Cloud in this too, as you can revive villagers found inside the dungeon and gradually build up the towns around it, which is neat.

B.I.O.T.A. (PC) is a Metroidvania set in an offworld mining colony infected by an alien plague. It features a bunch of different playable characters and a range of 8-bit visual styles for you to customise your experience.

Two Games of the Week this week, covering both last week and this week. First up, Cat Café Manager (PC) does exactly what it says in its title. It’s a management sim where you open and run a cat café.

It’s also a wholesome life sim too, where you can befriend local villagers and solve some mysteries around the town. It looks like a really sweet little game with a lot of charm.

And then there’s Skábma: Snowfall, an adventure game inspired by traditional Sami stories from Finland. You explore the land as a young herder searching for a runaway reindeer, seeking answers to a growing disturbance. In your adventure, you call on the powers of the forest spirits and use your drum to reveal secrets in the world.

It’s a little bit Ori and the Blind Forest and a little bit Kena: Bridge of Spirits, and as someone who loved both of those games, I absolutely love the look of this too.

And that’s all for now! See you again next week for more from the world of gaming!