It’s E3 week, which means a ton of announcements

However, before the avalanche that is this week’s Gaming Roundup, I want to talk highlights. Here are some of the best moments from E3 2019, in my humble opinion.

Ubisoft had a lot to say about Tom Clancy this year. But while showing off their latest title, Ghost Recon Breakpoint, they brought out Jon Bernthal, aka The Punisher. This is because he’s playing the lead character, not because they felt like it. But what’s important is that he brought his dog. Who was a very good dog.

Some cynics could argue that he brought his dog so there’d be increased media coverage for Ghost Recon. However, I would argue that if the dog upstages your game then it’s not that effective as a cynical marketing strategy. Which it did. Because he was a very good boy. That is all. 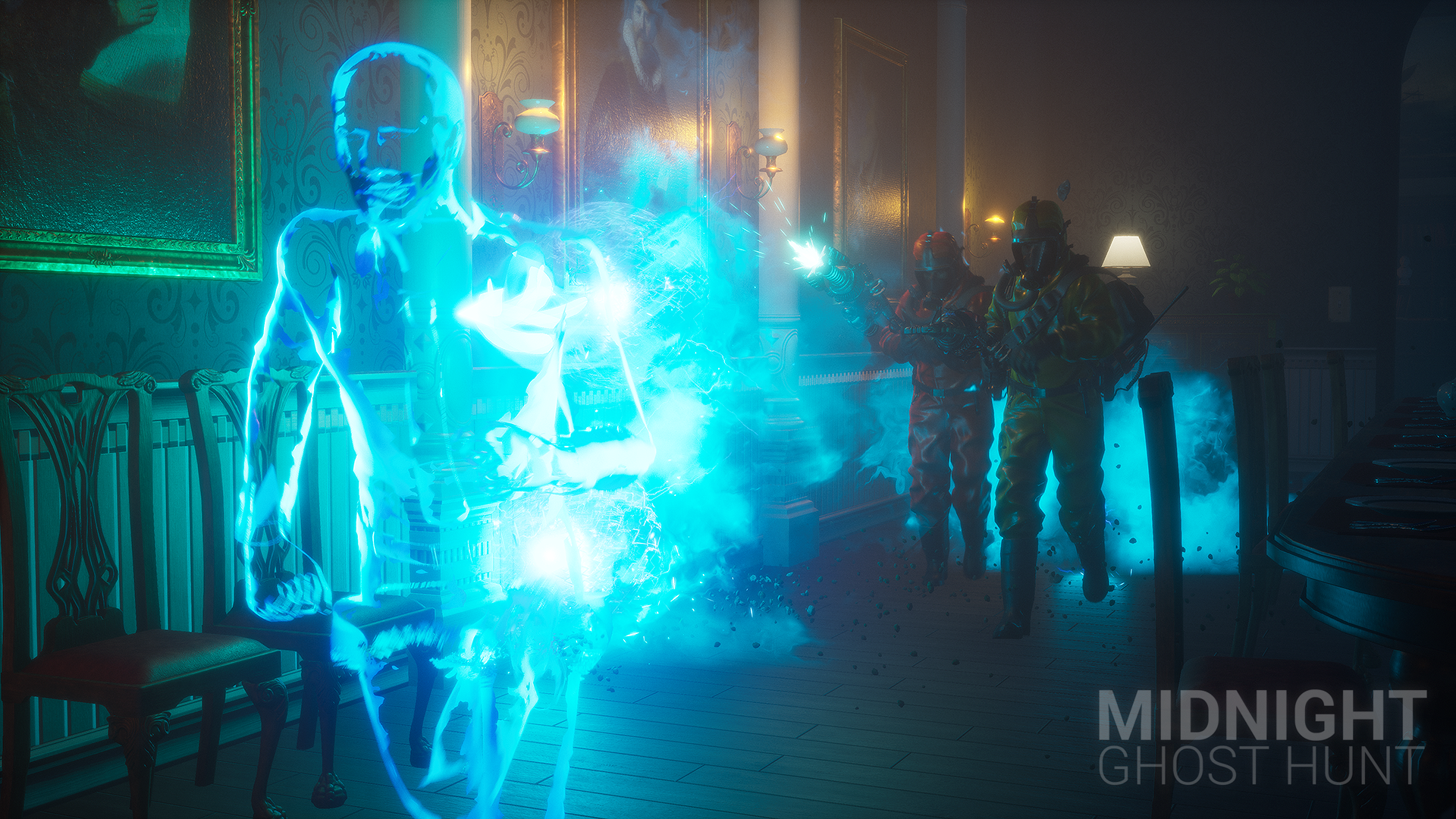 The PC Gaming Show was a fairly sedate affair, but some announcements were fun. For instance, the announcement of Midnight Ghost Hunt, an asymmetric multiplayer title where one team plays a ghost busting team, while one player is the ghost they’re trying to bust. While the objective for the busters is to seal the ghost away, the ghost’s objective is to stay a sneaky spook for long enough that the busters leave.

It looks like a blast and I love the idea that the ghost isn’t malicious in this scenario. You can hide in objects and move things around and distract the busters with trickery. Since that’s my standard survival strategy in life, this is right up my alley. 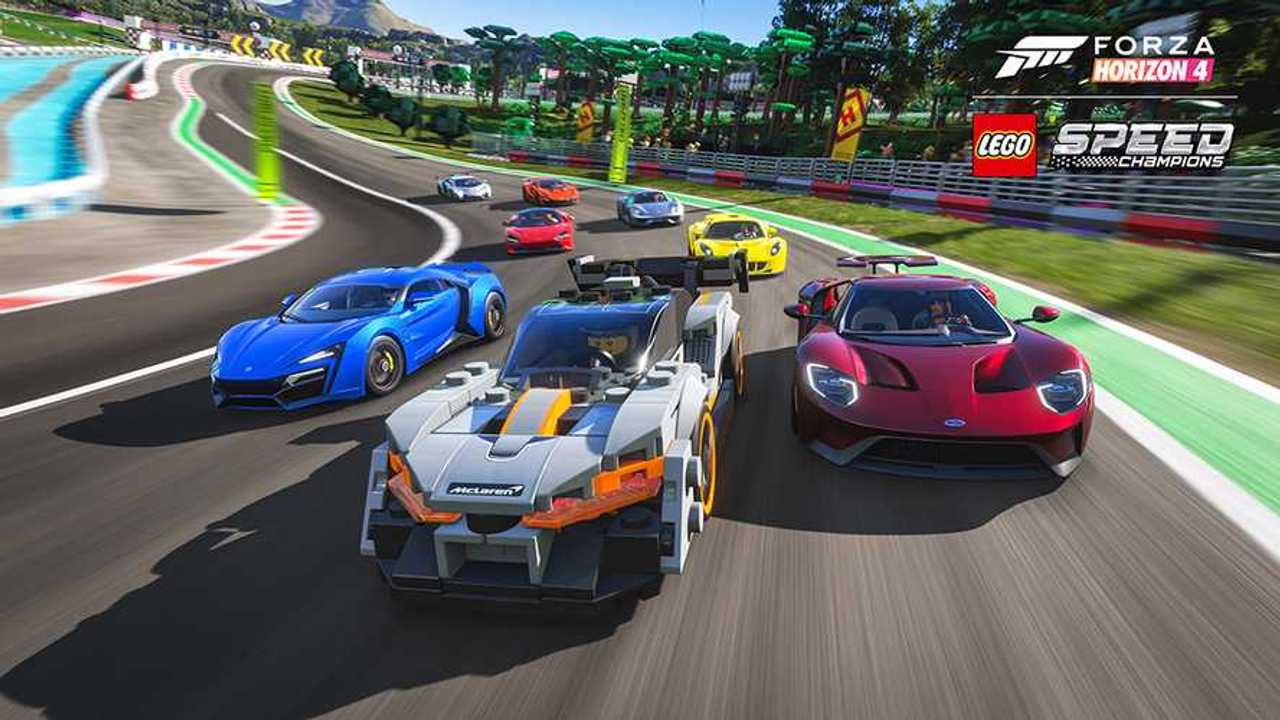 My standard practice when Microsoft bring out the Forza trailer each trailer is to leave and get some water or something. I started to do that this year, and then Everything is Awesome, the theme to The Lego Movie, kicked in. Turns out the latest update for this realistic racing simulation is a full-size Lego car, and seemingly an entire Lego town to drift around. It’s a recreation of that full-size model of a McLaren Senna Lego made a little while back, and I’m here for it.

Look, if you want me to care about a car game, this is kind of how you do it. Everything is awesome, indeed.

The end of Ubisoft’s presentation was one of the best parts. Not in the sense that I was glad for it to end, but because the last game they showed looked gorgeous. It brings to mind a lot of Nintendo, with the protagonist looking a little bit like Pit from the Kid Icarus games and the world having more than a touch of Breath of the Wild about it.

It has my interest and I wish we’d gotten to see a lot more of it. The trailer was over before it barely started. 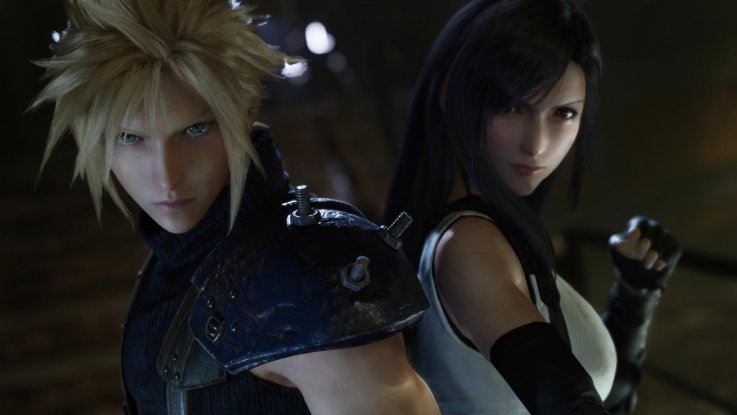 One of the concerns about the Final Fantasy VII Remake was the shift towards real-time combat. However, Square Enix did a deep dive on the remake at their presentation, and the combat system is looking really cool. The combat is hack and slash for the most part, but you can fill ATB gauges that let you utilise spells, items and other abilities. Materia is still a major part of your setup as well, and you can switch characters on the fly.

It also just looks amazing. They showed a chunk of the first boss, and it’s a much more dramatic affair, while still retaining the feel of the original fight. I have faith that this remake might be a lot of fun.

Oh, and Tifa’s new look in the trailer has gotten the Internet excited. Of course it has. 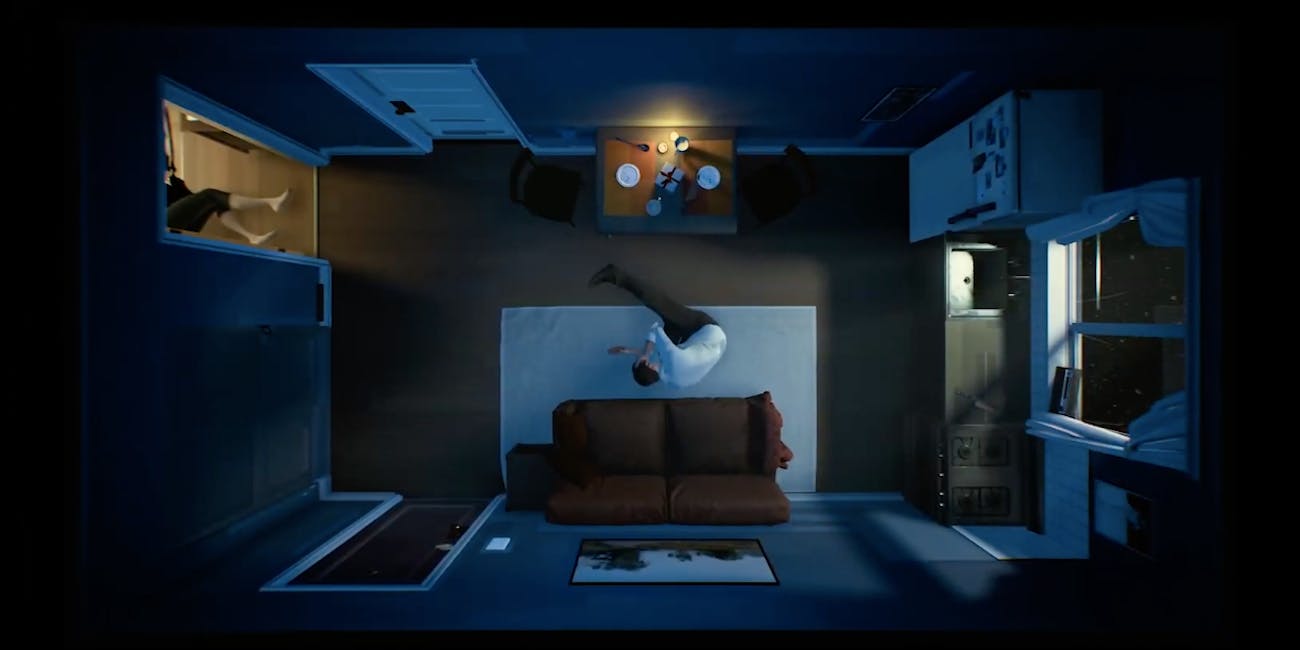 I’m combining these together but it’s two separate games, but the theme is the same. There were two games announced at E3 about time loops. The first announced at the Xbox conference, and the second at Bethesda’s.

12 Minutes appears to be a small-scale, top-down game about a man experiencing the same 12-minute loop of time. In it, someone comes to his flat to claim that his wife killed her father. It looks harrowing and mysterious, and I was hooked to the trailer for its entire run.

Death Loop is a larger game from Arkane, the developers of the Dishonored series. There’s an island with a constant time loop that has led to people living without consequence. One man wants to shut it down. One woman wants to keep it going. They keep fighting each other. It has a cool grindhouse aesthetic and I can’t help but be intrigued. I just wish there had been gameplay.

Watch Dogs: Legion is a dystopian tale of hackers fighting against a fascist regime that has installed itself in the British government. You control a squad of Cockney hackers smashing the system. It looks like a lot of fun and I may have to jump on board despite not playing either of the previous games.

But let’s talk about the real hero here. At the start of the demo, the player character was a man named Ian who looked like he’d walked right off the set of a Cockney gangster movie. He ends up causing things to kick off and ends up dead. Instead of reloading, we then switch to another member of the squad. Her name is Helen, and she’s a badass hacker granny, and obviously the best thing about Watch Dogs: Legion. 3. BANJO-KAZOOIE ARE RARING TO GO

You’d think that Microsoft owning the rights to all the Rare properties would be a huge barrier to N64-era Rare characters turning up in Smash Bros. But as revealed right at the end of Nintendo’s E3 Direct, that is far from the reality. Banjo-Kazooie, beloved bear and bird stars of N64 collectathons, are coming to Smash Bros at long last, as a DLC character.

This was a huge announcement, not least because the Direct had an earlier Smash DLC announcement for the Hero from Dragon Quest, who will be released first. This was no doubt the huge announcement for Japan, but the West hasn’t latched onto Dragon Quest as much and so the reaction in the English-speaking world was muted. So the Banjo announcement feels like it was thrown in to make up for that. Nintendo letting Western fans know that there’s something exciting for them. And oh boy was it a good announcement. Ghostwire Tokyo looks like a cool game. It’s a paranormal mystery set in Tokyo, which are my three favourite genres. There are demons, there’s magic powers, there’s a Rapture. It should be an interesting horror game, and I look forward to seeing more.

But the true highlight of this was the creative director. Ikumi Nakamura has been in the industry for a while, working on concept art for Okami and Bayonetta, before joining Tango Softworks to become Shinji Mikami’s apprentice on The Evil Within. And now she’s finally ready to direct her first title, and boy, was she excited to announce it.

Nakamura won over everyone with that presentation, from her nerves over her English ability to her genuine excitement when turning over to the trailer. I want more of this enthusiasm and joy on the E3 stage, and I think I may be in love. 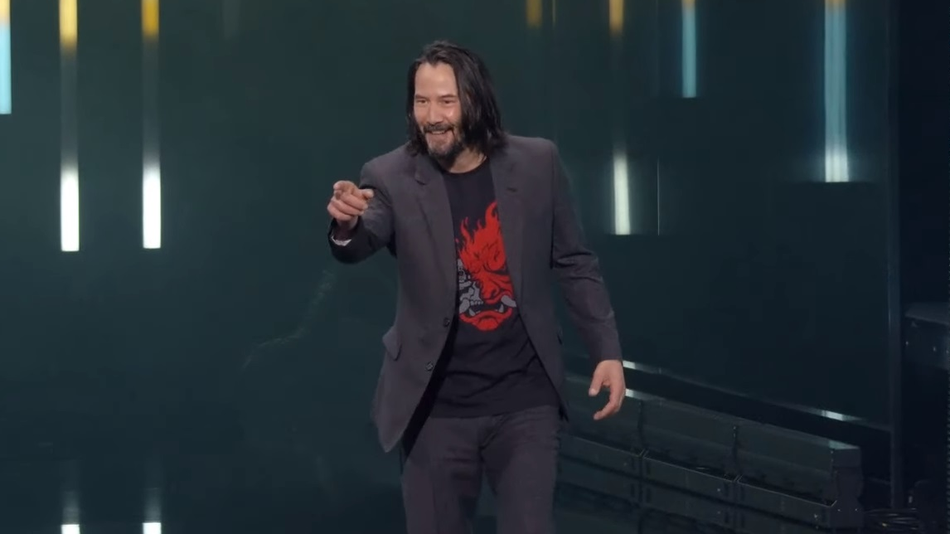 CD Projekt Red only bloody went and got Keanu Reeves in Cyberpunk 2077, guys! Keanu’s going through a bit of a renaissance right now, with his reputation as a wooden, uninteresting actor turned right around into making him the true beacon of light in our dark times. So why not get him into one of the most anticipated game releases? He’s playing a cyborg and looks set to be a major ally.

But let’s ignore all that and focus on the mood of that conference hall when our lord and saviour emerged from the smoke and declared the game to be breath-taking. No, Keanu, you are breath-taking, stated a lone man in the crowd. No, says Neo himself, we are the breath-taking ones. And so Keanu bestowed upon us the knowledge of Cyberpunk’s release date and made his exit. Truly we are all blessed this day.

And those are my ten favourite things that happened at E3 2019. These weren’t necessarily the biggest announcements, but they were the things that made me sit up and take notice. Tomorrow I’ll have a look at the worst bits of the conference, and on Friday I’ll have my usual Gaming Roundup where (oh god) I’ll cover every single announcement. I will see you then!