It’s another week here on the Geeky Brummie gaming roundup, and this week we’ll be looking at a major publishing split, some sentient soy products, a movie that refuses to leave development hell, more cancellations in a popular franchise, and of course, all the key releases from the past week.

In news that broke just after I’d written up last week’s post, Destiny is no longer in Activision’s hands. In a joint statement, Activision and Bungie confirmed the split late last week, with Bungie taking the IP with them.

But what happens to Activision in this situation? Will they be losing money from this split, or was Destiny underperforming? Muddying this speculation is the rumour that Bungie employees popped open champagne after the announcement. Does this suggest a desire for an escape from the partnership?

While we don’t know specifics behind the split, what we do know is that Destiny 2’s promised roadmap will be handled entirely by Bungie going forward, and Destiny 3 is supposedly in development. Online services for the PC version of the game will still be handled through Battle.net to alleviate any potential issues that could arise there. There’s also a question of what Bungie’s relationship with Chinese company NetEase could mean for Destiny.

Without details of what brought this split about, it’s difficult to know what happens next. It’ll be interesting to see this story develop over the coming months.

For those who played Resident Evil 2 to death back on the PS1, you may remember a couple of characters known as Hunk and Tofu. After a convoluted mix of playthroughs and meeting certain conditions, you unlocked a mission casting you as Hunk, an Umbrella operative. It was a timed mission where you had to escape Raccoon City with limited resources. Completion of this mode unlocked a new version of this mission where you played…a giant sentient block of tofu. With a knife. The 90s were a weird time, man.

Anyway, they’re back! As revealed in a trailer unlocked upon completion of the recently-released Resident Evil 2 remake demo, Hunk and Tofu haven’t been left behind. In the trailer, we see Hunk discussing his escape plans with an unseen commanding officer. Meanwhile a big lump of tofu struts through a sewer with a knife. Standard.

The Resident Evil 2 remake is out very soon. In anticipation, I took a look at the demo for myself, and I’ll be posting my first impressions shortly. 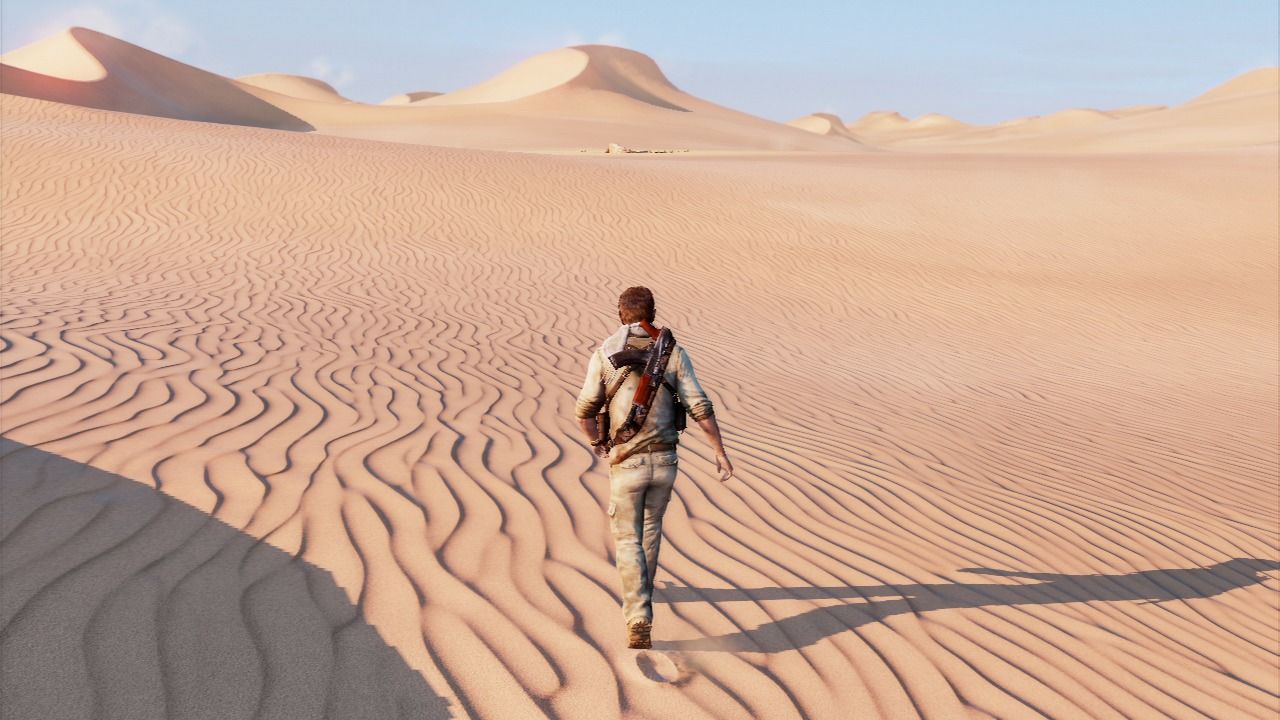 It’s another week, so another major crew change has happened with the Uncharted movie. Long stuck in development hell, the production is becoming an ongoing saga of multiple directors, reworked concepts and continued attempts to ignore the fact that Nathan Fillion is right there and waiting by his phone.

The latest director attached to the project is Dan Trachtenberg, director of 10 Cloverfield Lane and the Black Mirror episode Playtest. A fine director, although these claustrophobic horror efforts are a far cry from a globe-trotting adventure.

At present, the project is still focused on Tom Holland as a young Nathan Drake, finding his feet as a young adventurer. Think the flashback chapters from Uncharted 3 but blown up to 2 hours. It’s not what fans are hoping for, but it’s better than Mark Wahlberg hanging out with his uncle, as previously proposed.

I don’t have high hopes for this project personally, but I could be pleasantly surprised. Personally, I think an Uncharted movie should be exotic locations, warm character interaction and a few explosions. It shouldn’t be hard to make that movie. And yet, seemingly, it is. While Star Wars has seen quite the resurgence at the cinemas in recent years, video games haven’t been quite as blessed. Since EA acquired the license back in 2013, there’s been a bit of a drought. Sure, there were two Battlefront games, but accompanied by a backlash so huge it created new gambling regulations in multiple countries. Not a great record.

Outside of that, EA cancelled an anticipated story-driven Star Wars title directed by Uncharted director Amy Hennig. Seemingly they believed a title of that calibre would never sell, somehow. They’ve got Bioware making a Destiny clone instead of a new Knights of the Old Republic (a major fan request). And we still don’t know anything about that Jedi Fallen Order game that was hastily announced at E3 2018. And now, news has emerged that yet another Star Wars project will not be seeing the light of day.

An open world game nicknamed Orca has now also been cancelled because it was too large in its scope. Instead, EA are now looking to produce something smaller in time for Christmas 2020, although whether this will also see the same fate remains to be seen.

Perhaps it’s time for Disney to take the license back, and hand it to developers who might actually produce a quality game? Because right now, EA’s not doing itself any favours. 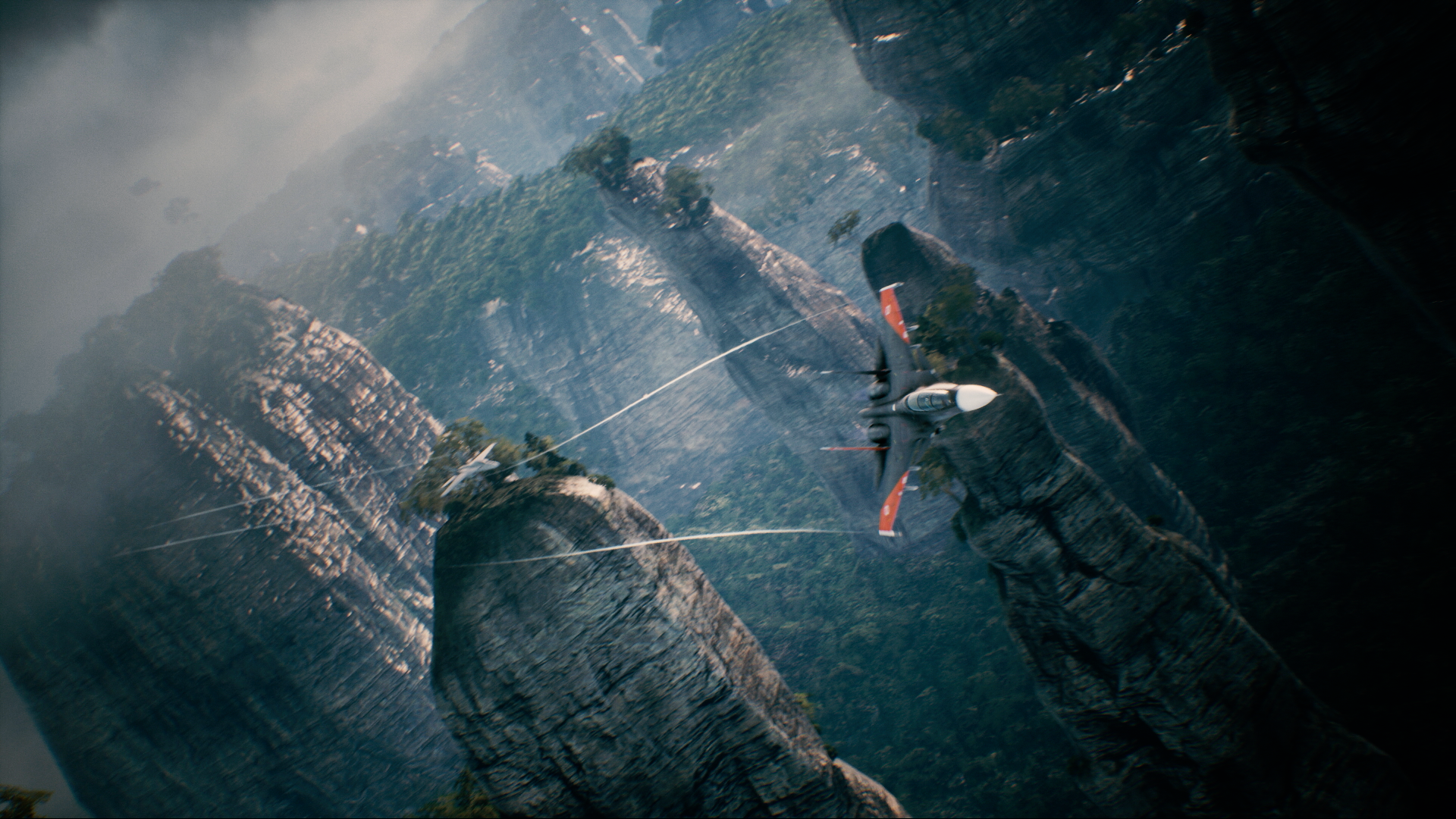 After the sparse past week, new releases have stepped up considerably this week. In re-releases, we have a HD Remaster of Onimusha: Warlords for all the main systems, and PC cult sim The Shrouded Isle on the Switch. The former is Capcom’s classic PS2 hack-and-slash adventure brought into the modern era. The latter is a weird, Lovecraftian management game about a doomsday cult trying to kickstart the apocalypse. If you missed them the first time, now might be a good time to check them out.

In indie news, there’s YIIK: A Post-Modern RPG, which has been released for Steam and is my pick for Game of the Week. If you’ve ever played EarthBound, then YIIK is in the same spirit. Imagine a bunch of hipsters going on a JRPG-style adventure and you’re pretty much there. I played this at EGX a couple of years back and wondered what had happened to it. I’m pleasantly surprised to see it resurface and be available to buy right now. Highly recommended.

On the Switch, the latest title in the No More Heroes saga has arrived. Travis Strikes Again takes the series into some weird places this time around, with Travis Touchdown being pulled into a haunted games console. What follows is a series of video game themed levels, drawing in gimmicks reminscent of popular indie titles. It’s been getting mixed reviews, however, so might be best to see what’s being said before rushing out to get it.

This week’s biggest release is Ace Combat 7, the latest in Bandai Namco’s long-running flight sim franchise. This game sees you playing as a pilot called Trigger, demoted to a penal squadron after being falsely accused of a crime. Even better, both the PS4 and Xbox One versions come free with a previous game. PS4 nabs you the emulated version of Ace Combat 5, while the Xbox gives you a backwards compatible version of Ace Combat 6. If you like your flight sims, this is your week.

And that’s the last week in games. I’ll see you same time next week for more of what’s going down in gaming!