Tech Roundup – Is This Loss? 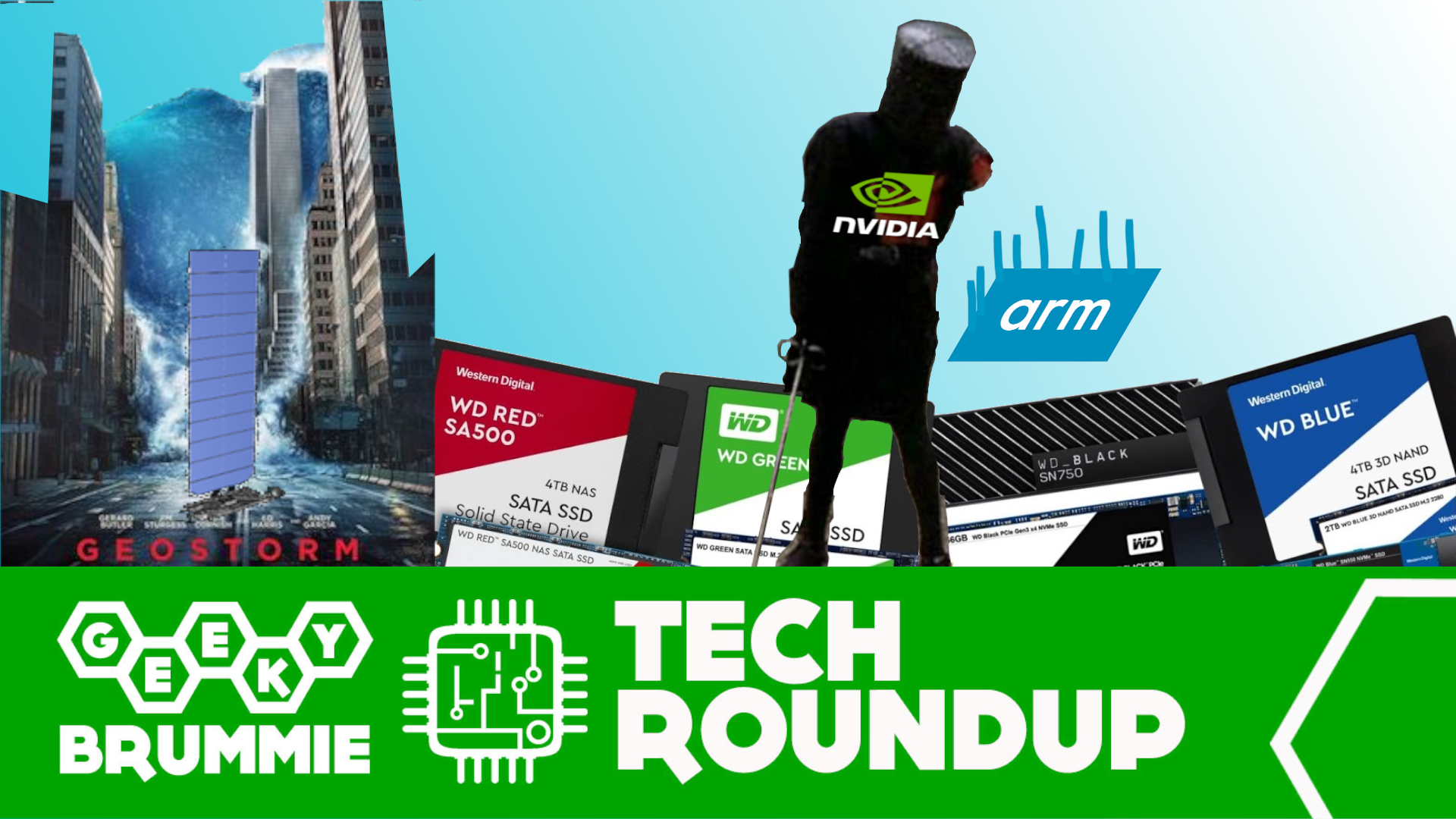 Hello and welcome to the Geeky Brummie Tech Roundup!

Each roundup I’ll be deep diving into the world of technology. Bringing back some new pearls from Birmingham and beyond! If you want to send any local tech articles over, feel free to reach out to me at ryan@geekybrummie.com.

This week seems to be mostly about losing stuff, Nvidia has given up it’s regulatory battle against acquiring ARM, Elon’s lost some satellites and Western Digital has lost a few NAND chips..

Nvidia gives up on ARM

We reported a while back that Nvidia was trying to purchase Cambridge based ARM, in a deal worth $40bn (£30bn).

Due to ‘significant regulatory challenges’ the deal has now fallen through , costing Nvidia $1.25bn (£0.9bn) to ARM owners, Softbank, for for failing to go through with the deal.

The deal was being examined both sides of the pond as back in December, the US Federal Trade Commission (FTC) sued to block the buyout, over in blighty the Competition and Markets Authority (CMA) launch had an initial inquiry found “significant competition concerns”,, and was due to follow up with a second phase inquiry.

No to miss out on all the fun, The European Commission opened a competition investigation too.

As ARM supplies the design for a vast variety of chips, which are found in the majority of smartphones and smart devices around the world, and are increasingly found in vehicles.

Instead, Softbank, who purchased ARM back in 2016 are planning to take ARM public with an IPO in the next 12 months.

Some of our satellites are missing…

No, not a modern remake of a beloved Disney classic, or a gritty film feature Gerard Butler.

Instead, SpaceX have lost a satellite or two… well… 40 of them.

Due to increased solar activity, aka a geomagnetic storm, an estimated 40 of the launched satellites instead will instead be dragged back into the atmosphere and will burn up on re-entry.

The network has already had strong criticism due to the possibility the network could become tens of thousands of satellites which would blight the night sky, hampering scientists’ ability to study the distant universe. It could also even affect dung beetles navigating (no, really).

In positive news, you’re unlikely to be hit one of the falling bits of debris as they’re expected to burn up completely, so those hoping for a ‘Dead Like Me’ re-make, you’ll have to keep waiting on that too.

The news for PC enthusiasts fans just gets worse and worse.

Reported on the 3rd February. Western Digital have reported ‘contamination’ at which is affecting production operations at both its Yokkaichi and Kitakami joint venture (with Kioxia), flash fabrication facilities.

Western Digital’s current assessment of the impact is a loss of its flash availability by at least 6.5 exabytes, aka 6.5 BILLION GIGABYTES of 3D NAND flash memory.

As WD supply more than a quarter of the NAND flash market, it’s going to lead to a spike in the price of PC storage from Q2 onwards. If you’re not aware, 3dN NAND is used in Non-Volatile Memory Express (NVMe) drives, Solid Storage Disks (SSDs), memory cards, industrial applications, tablets, USB memory drives and more.

After the hammer blow of GPU shortages from the past few years, rising RAM prices and the global chip shortage, it’s just really not nice to be building or upgrading your own computer right now. Hopefully you can still press F.

That’s it for this round of tech. And again If you want to send any local tech articles over, feel free to reach out to me at ryan@geekybrummie.com.