In yet another small but perfectly formed Pull List this week we have a very special edition of the world’s greatest comic magazine, Fantastic Four. Filling out the rest of the Pull List is the latest issue of S.W.O.R.D. We only have three new comics to look out for On The Radar including the absolutely incredible Supergirl: Woman of Tomorrow.

In Meanwhile… we take a look at the return of Hawk The Slayer, Markosia launched Gray Cells and we take a trip to MCM Comic Con Birmingham Sixty years ago, Stan Lee and Jack Kirby made history and brought about the beginning of the Marvel Age of comics with the release of FANTASTIC FOUR #1. Now a bevy of Marvel’s finest creators pay tribute to that monumental moment by reinterpreting, page by page, the story from that inaugural release as well as FANTASTIC FOUR ANNUAL #3, in which the entirety of the Marvel Universe attended the wedding of Reed Richards and Sue Storm! Whether these are stories you’ve never read before or tales that you’re intimately familiar with, this is the perfect way to experience them anew!

This is not the greatest comic magazine in the world, no. This is just a tribute! To celebrate the anniversary of Marvel’s first family, they are releasing a special recreation of the very first issue of Fantastic Four. What makes this different is each page will be reinterpreted by a different artist. With a spectacular line up of talent this is an issue not to be missed. STATION DOWN! As Storm battles the Lethal Legion on Mars, there are explosive problems on the Peak – as the mole in S.W.O.R.D. is revealed! Meanwhile, Wiz Kid and Cable find themselves face-to-face with the one foe they never expected! And where is Abigail Brand?

Things took a turn for the worse when the all-new Lethal Legion turned up last issue. Now the team will have to deal with a traitor in their own ranks. Al is doing some great work here and keeping me on my toes withs surprises and unexpected reveals. This is a fun book and I really like the team they have assembled here. Well worth adding to your pull list. 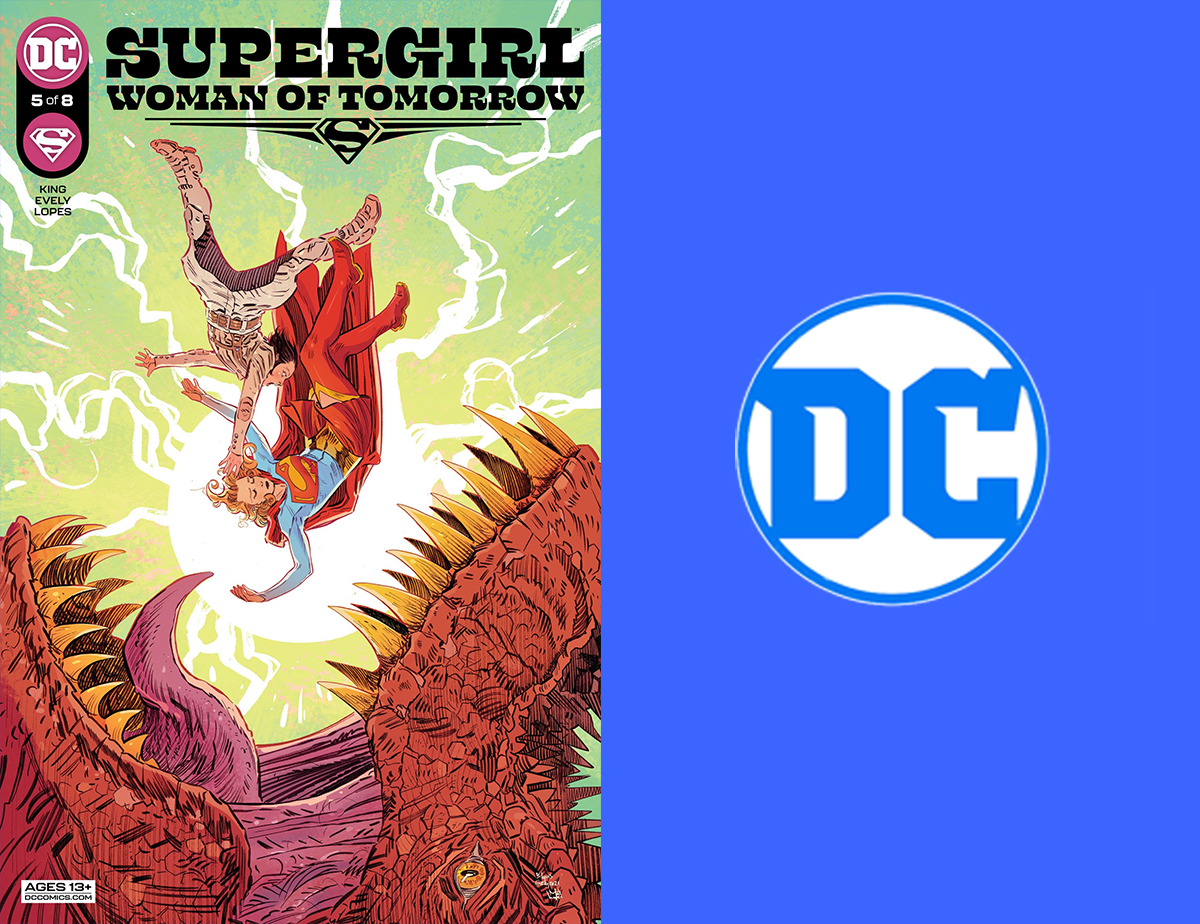 Supergirl steps into an ancient trap, stranding her and Ruthye on a planet of nearly perpetual night. Now, the woman of steel must call on every remaining ounce of strength to combat the monsters left on this world to kill any super unlucky enough to end up on its surface. Batman vs. Bigby! A Wolf In Gotham #3 In some ver welcome news last week, 2000AD announced that 80s cult classic movie Hawk the Slayer is set to continue – with Preacher and The Boys writer Garth Ennis at the helm!

The first ever official comic book spin off from the 1980 sword-and-sorcery Brit flick features art by Judge Dredd artist Henry Flint and covers by Magic the Gathering artist Greg Staples.

The six-issue mini-series is a direct continuation of the movie, which saw Hawk, who – with his flying ‘mindsword’ and mismatched allies – sets out to rescue a nun from his own deformed brother Vultan, played by Jack Palance at his scenery-chewing worst! Now, it seems that their victory was not all it seemed and greater battles lay ahead…

The series starts with a bumper 32-page issue that hits comic book stores in April 2022 and will be available to order through Diamond Distribution’s Previews magazine. From January, the series will also run as the bagged supplement with issues of Judge Dredd Megazine.

It’s one of those legendary ’80s movies that has had an influence far beyond the screen – Garth has been a massive Hawk fan since he was a child, as has the head of Rebellion, Jason Kingsley, who cites its influence as one of the reasons he ended up becoming a knight in shining armour (no, really!).

Check out this incredible preview art from the series and get your orders in. 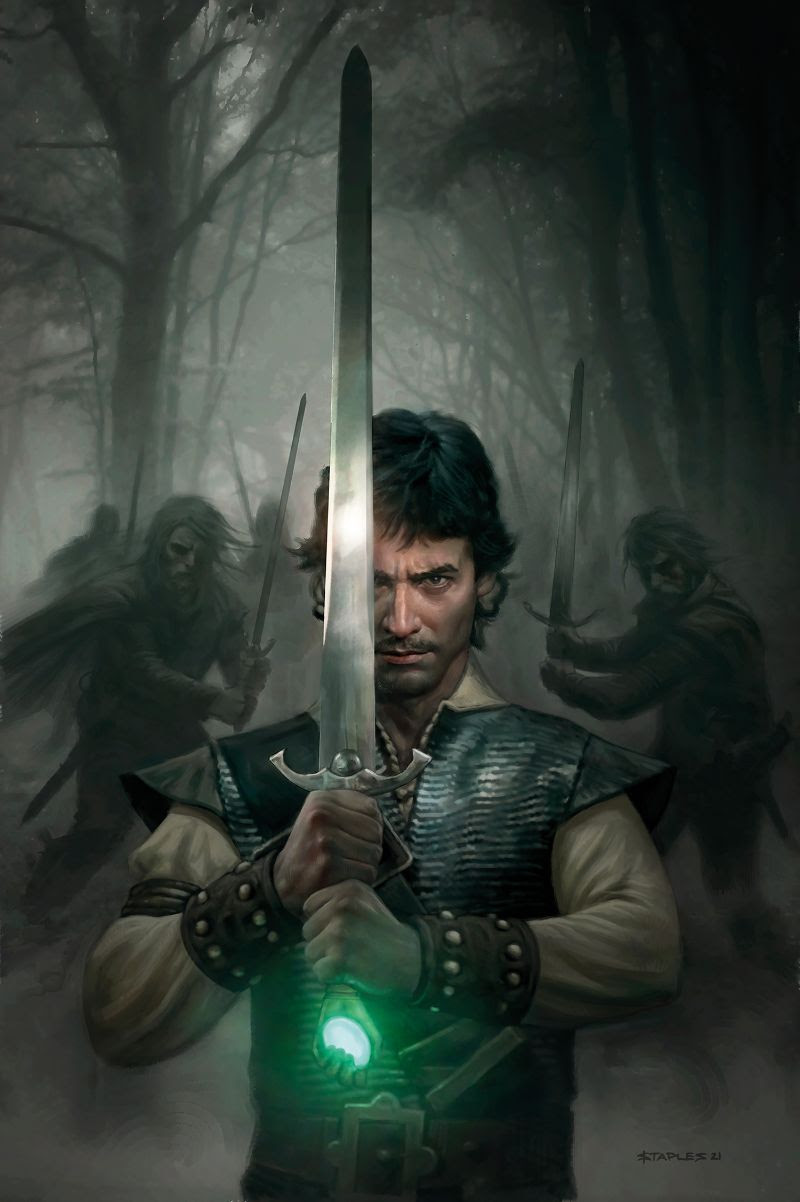 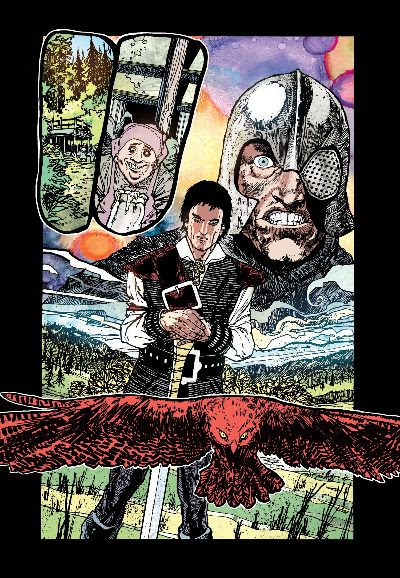 This week independent comic creators Inked Dreams launched their graphic novel Gray Cells on Kickstarter after offering issue one free on their site.

The book is a supernatural thriller about a journalist’s search for the truth after a series of child abductions plague her city. “Gray Cells is a book about division and injustice. Our main characters are fighting against the city and its systems as much as they are fighting the book’s villain.” – Debut writer, Lawrence Goodman.

Set in a fictional US city, Gray Cells looks into some of the issues plaguing the modern world, inequality, corruption, and injustice. “We crafted the villain as a reaction to what we saw in the news. The world seems to be split into two competing realities, both sides certain of their own truths, and we wanted Gray Cells’ villain to embody that. He twists people’s perceptions into what suits his needs, using it to manipulate and evade detection.”

UK writer Lawrence Goodman is helped in his first comics outing by veteran artist Kay based out of Michigan, colorist Corey Ranson from Oregon and letterer Nikki Powers from California. The team met last year through social media site Reddit and have hit the ground running with their debut book, raising $2500 in their first day, garnering positive reviews, and securing the UK’s leading independent publisher Markosia to distribute their book.

You can still access issue one for free at https://inked-dreams.com/gray-cells and the full 140 page graphic novel is available through their Kickstarter at https://www.kickstarter.com/projects/inked-dreams/gray-cells-140-page-graphic-novel-thriller/ Last weekend we visited MCM Comic Con Birmingham. Check out this video of our day.