The Geeky Brummie Pull List with The Swamp Thing

With John McCrea on art and John Constantine making a guest appearance issue 5 of The Swamp Thing is my Comic of the Week. The first issues of the new X-Men team and  Skybound X are also on the Pull List, alongside the latest issues of Star Trek: Year Five and Ultraman: The Trials of Ultraman. Four more new comics make it in to our On The Radar section, including the first issue of Fight Girls and you should definitely check them out.

In Meanwhile… we take a look at eight variant covers Marvel will be releasing to celebrate Captain America’s 80th Anniversary. Newly armed with the knowledge and powers he gained from the Green and yet lonelier than ever, Levi Kamei is pulled once more into service as the Avatar of the Green is summoned by primal forces to the city of London, where old ideas lie buried, slowly leaching into the reality above. The scars of old wars and the dangers of past ideologies resurface as the Swamp Thing must team up with an old trench-coated acquaintance and his new protégé to save the present from the atrocities of our past.

As the comic budget only goes so far I can’t pick up every comic I’d like, hence some books going On The Radar. But sometimes you just have to add a comic to your collection. This is one such occasion as John McCrea joins Ram V for this issue of The Swamp Thing. Now that in itself would be reason enough to own this comic, but another John is also along for the ride. Yep, John Constantine joins forces with the boy from the Green in what should be a spectacular issue. Celebrate a sensational 10 years of Skybound with a cavalcade of your favorite creators and all-new stories of your favorite series past, present, and future! Each issue of this oversized, weekly series will kick off with a new chapter of a serialized THE WALKING DEAD story—RICK GRIMES 2000—by ROBERT KIRKMAN & RYAN OTTLEY!

In addition, we’ll be debuting all-new series and characters every issue, starting with the first appearance of the most requested WALKING DEAD character of all-time: Clementine, star of the bestselling Telltale’s The Walking Dead video game series!

Did we mention new ULTRAMEGA and MANIFEST DESTINY stories?! If you want to know what to expect in Skybound’s next 10 years, it all starts here!

I’m here for the Rick Grimes strip but the rest of this event series looks equally worth the money. I’m curious to see what they do with Clementine and some of the future issue look great. Looks like Skybound have put together a book worthy of the 10 year celebration. 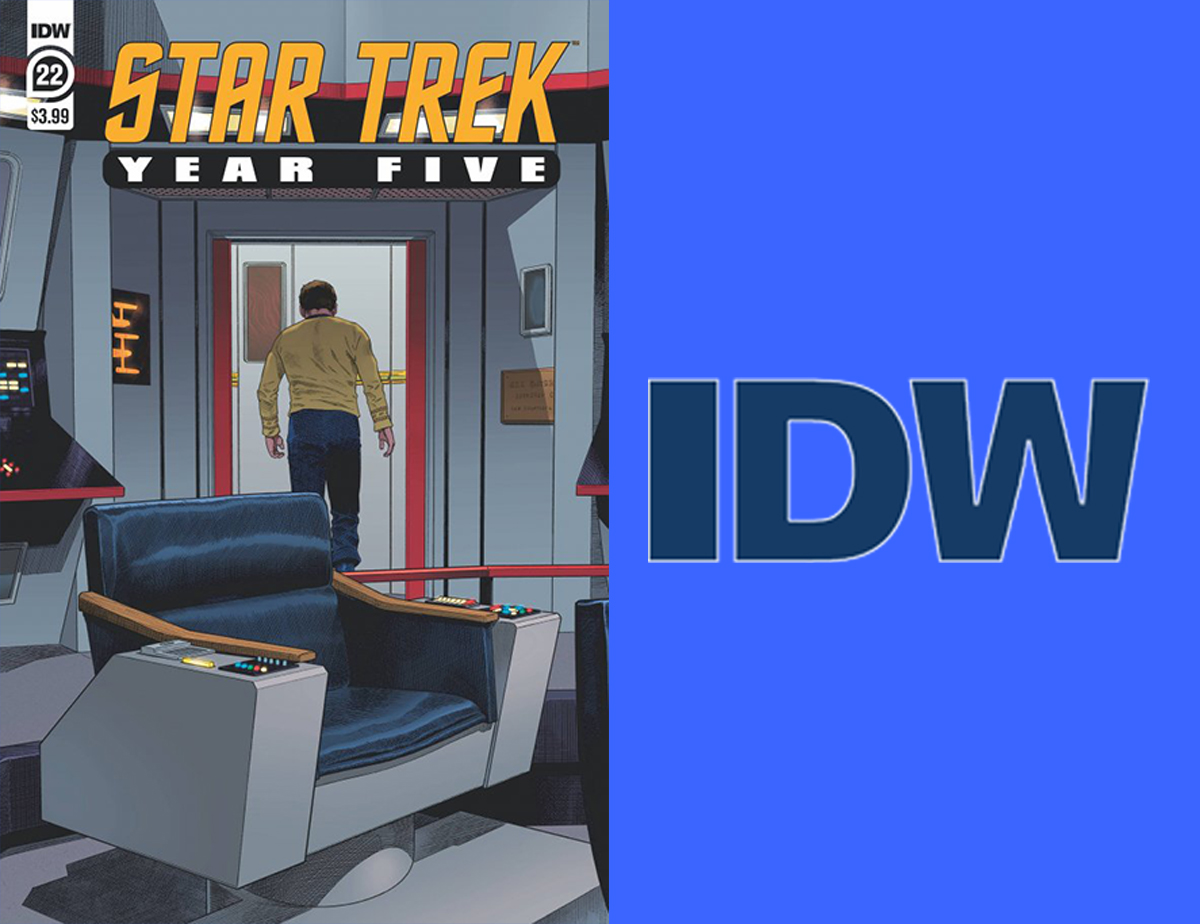 For five years, the U.S.S. Enterprise and her crew have journeyed to the edge of the known universe, tackling impossible challenges and menacing foes along the way. But the biggest challenge of all awaits them here at home… and no matter what happens, the lives of Captain Kirk and his crew will be changed forever. The grand finale of Star Trek: Year Five begins here with a new issue from showrunners Jackson Lanzing & Collin Kelly (Gotham City Garage, Green Arrow) and artist Stephen Thompson (Satellite Falling, Die Hard: Year One).

This one is on the schedule for release today but seeing as issue 21 only arrived last week it may get bumped. Anyway, if you can pick this up I highly recommend you do so. We enter the endgame for this series as Kelly, Janzing and Thompson take the helm once again to steer this lovely series back home. THESE X-MEN ARE… FEARLESS! The heroes of Krakoa are here to save the planet! Things might be complicated between the nation of Krakoa and the rest of the world, but to the X-MEN, things are simple — you do what’s right, you protect those who need protecting and you save the world we all share. Cyclops, Marvel Girl, Sunfire, Rogue, Wolverine, Synch and Polaris are the chosen champions of mutantkind, and they will not shrink from any battle for their home planet. Writer Gerry Duggan (MARAUDERS, DEADPOOL, UNCANNY AVENGERS) reteams with superstar artist Pepe Larraz (HOUSE OF X, X OF SWORDS, UNCANNY AVENGERS) to chart the course of the X-Men in a world of the Reign of X!

The X-Men book are nuts right now. Terraforming Mars, one of the Quiet Council allegedly killing the Scarlet Witch, Beast going bonkers and an Inferno is on the horizon. Now an all new team for mutants take on the mantle of X-Men and we get another X-Men #1. This is quite an interesting looking team and there is a lot at stake for the mutants right now. Can they make the difference? Marvel are going all out with over 30 different covers – will anyone be able to collect them all. Marvel also put out this motion trailer to make the event. In Iceland, the critics of the USP are uniting – and they finally have what they need to win the rest of the world over! But what are the dark consequences of their actions…and will Ultraman choose to save them from those consequences? Or perhaps a better question to ask is – with opposition mounting, alliances fraying and trust disintegrating, can he?

I know, I just can’t help myself. This book has been a fun read and looks lovely. It’s a great introduction for anyone who is curious about Ultraman and feels a little intimidated by his back history. This series does a great job of getting you aquatinted with the character and his universe without getting bogged down in all that came before. If you like monsters and Kaiju then this is well worth a read. COUNTDOWN TO THE END…Questioning himself after his recent confrontations, the Hulk turns to the one person who always understood him – only too well. It’s time for truths to be told. But will it be Betty Banner who tells them… …or will the Hulk face the gaze of the RED HARPY? Written and Illustrated by Guillem March

In the moving final issue of GUILLEM MARCH’s gripping tale, the fate of Catalina’s soul and body hang in the balance. Will she be given a kind of amnesty and be born anew as a better person thanks to Karmen’s intervention? Or will she be lost to herself and all those she loves, including Xisco? In this exhilarating dénouement and epilogue, we see what Cata’s future holds for her. Written and Illustrated by Howard Chaykin

Betrayal. Triumph. Sudden death. No talent, but blind rage will do. More adventures and intrigue drawn from real-world stories of the comic book business… And if you want to know which are the closest to the truth, start with the most inexcusable people, exhibiting the lowest, most deplorable behavior… and work your way up from there.

Captain America celebrates his 80th Anniversary this year and to mark the occasions Marvel are releasing eight Captain America 80th variant covers during July – one for each decade the Star-Spangled Avengers has been around. If you fancy collecting each of these covers these are the comics, artists and dates you should be looking out for. The Mighty Valkyries #4 by Terry Dodson and Rachel Dodson